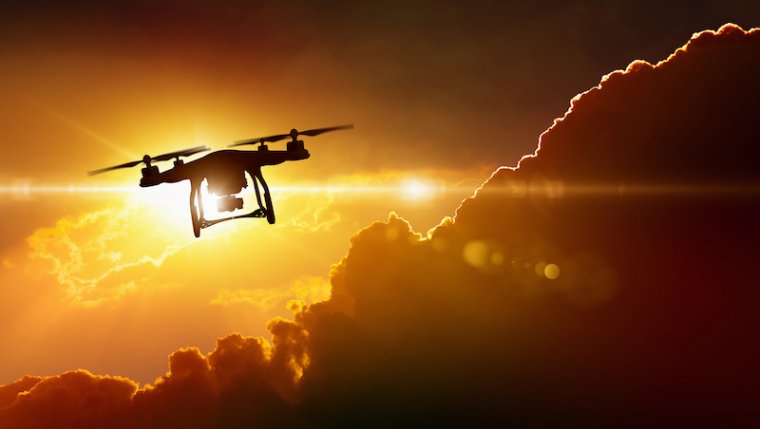 If you've ever been relaxing at the cottage enjoying the peace, quiet and privacy that your rustic refuge offers only to be spied upon by a noisy, whirring device known as a drone, you may be comforted by Canada's March, 2017, regulations for recreational drones.

The Canadian regulations restrict flying drones higher than 90 meters (300 feet) above the ground, more than 500 meters (1,640 feet) away from the operator, within 75 meters (246 feet) of buildings, vehicles, vessels, animals or people. As well, there is no flying permitted at night or in the clouds or within nine kilometres (5.6 miles) from an airport. On this last point, it is noted that incidents involving drones at Canadian airports have more than tripled since 2014.

Small drone (under one kg) operators must be over 14 years old, pass a basic knowledge test and have liability insurance. Larger drones (one kg to 25 kg) require the operator to be over 16 years of age and have similar other requirements.

Other drone operators in urban areas or close to air traffic (including harbour areas where float planes land) must have Transport Canada registration and markings, follow a set of flight rules and may need approval from any nearby air traffic control and/or obtain a Special flight Operators Certificate (SFOC) in certain circumstances.

Such regulation is necessary as drones continue to be bought in large numbers by the public and as drone mounted camera footage becomes a standard for real estate sales listings. In the United States, drones outnumber piloted aircraft.

In addition to federal regulations by Transport Canada, criminal prosecution and civil litigation have been used to address unsafe drone use. Examples include multiple injury cases such as where a drone crashed into spectators at Virginia Motorsports Park. Other cases were even more serious -a drone decapitated a teen in a Brooklyn Park in 2013 and other deaths have been reported in Texas and Switzerland. Litigation will include both lawsuits for negligence and product liability cases.

The future holds even more challenges. People-carrying drones (some of which are known as Vertical Take Off and Landing Craft (VTOC) can be autonomously controlled or piloted. Uber apparently has plans to harness VTOC taxies in urban areas. The City of Dubai is already testing VTOC taxi operations with German firm Volocupter's unmanned people-carrying drone, which can fly for up to 30 minutes.

Hopefully Canada can chart a safe course and protect not only our safety but also that invaluable right:our privacy.

Raymond Oakes practises real estate, wills and estates, corporate commercial law and succession planning (including businesses and cottages in Manitoba and Ontario).They are located at 387 Broadway, Winnipeg, Manitoba (NW corner of Broadway and Edmonton) and there is ample parking, including covered parking at the new Convention Centre.