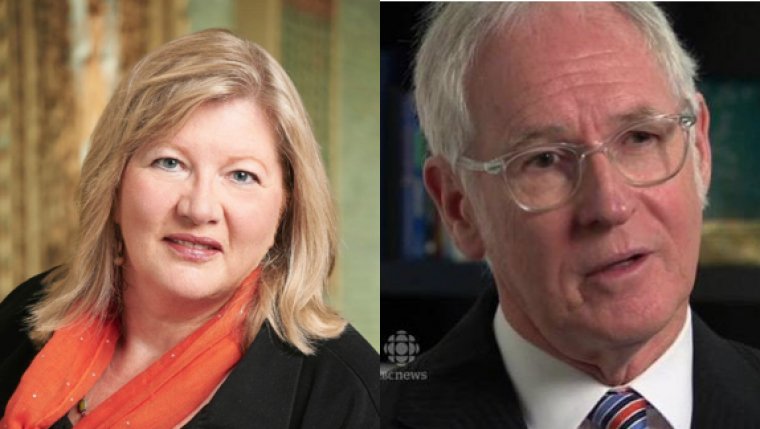 WINNIPEG - There are many folks who do extraordinary things in Manitoba without expecting any kind of accolade. Some of them are well known, others may be completely anonymous. We would like to celebrate all of them. Over the past five months, I have shared some of the accomplishments of a few of our wonderful citizens and here are three more.

Known most recently as the executive director of the Winnipeg Symphony Orchestra, Trudy was previously the head of the Winnipeg Folk Festival. A classically trained musician, who still occasionally slips into the choir onstage at WSO concerts, she also took private lessons to learn to play the clarinet. Beyond that, though, Trudy is what would be called a stabilizer. She brought order and success to the Folk Festival and has provided 10 years of solid management to the WSO, which has not had a deficit in a decade. One of her most important accomplishments, however, has been to steward the development of the El Sistema project in Winnipeg. This wonderful program is an intensive, life-changing daily music program for inner city school kids. In return for studying extra hard for an additional three hours a day after school, 160 kids in grades one to eight, are given a nourishing meal and a lifelong skill. Trudy’s determination was instrumental in making this possible.

Many will remember Stu Murray as the former leader of the PC Party of Manitoba back in the Garry Doer days. They may also think of him as the leader of the team at St. Boniface Hospital Foundation and, most latterly, as the founding president of the Canadian Museum for Human Rights who saw the Museum through its tough construction and development stage. Wherever Stu has been, he has left a gentle but indelible mark. Now he is working diligently to have Winnipeg recognized as the City of Human Rights in North America. There are numerous agencies that have made a name for our city and province in the fields of peace, freedom and human rights. It is Stu’s lonely task to bring them all together to celebrate what Winnipeggers and Manitobans do best: collaborate and co-operate to build a stronger, richer society. They say we pull above our weight here in Manitoba. Stu Murray exemplifies that saying.

Churchill would just not be the same without Wally Daudrich and his Lazy Bear Lodge. Wally has brought a level of sophistication to the whole tourism marketing experience in the town that didn’t exist before he got into the business. And he did it all by hand, building his rustic, two-storey, peeled log inn with trees salvaged from a forest fire south of Churchill – even the furniture in the restaurant was made by Wally. The Lodge is what folks expect to see at a destination such as Churchill. It is warm, comfortable and fitting to the landscape, which he loves and understands. But more, Wally, his wife Dawn and their five kids just keep building the most exciting experience to be had up North – and they do in the spirit of giving back. Wally is a tireless volunteer for Churchill and the entire North. His warm hearted generosity has helped many people. He never sees obstacles – just possibilities. He is a true Manitoban.