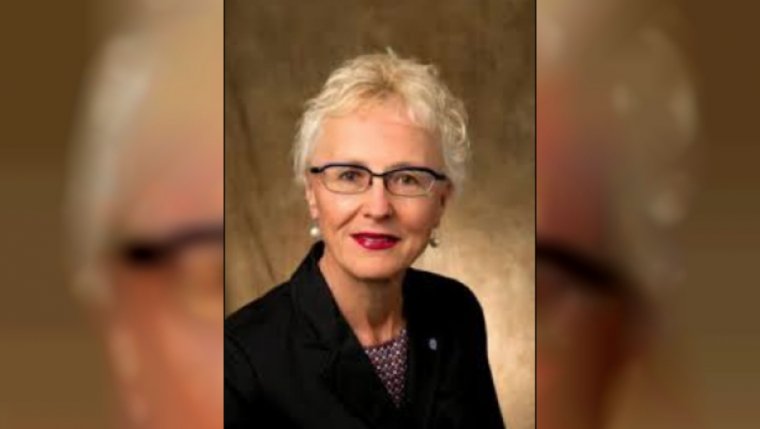 Minister Ralph Eichler said, "This award, bestowed by the people of Japan, shows the work Dori does not only impacts Manitoba producers, but producers across the country and around the world.”

The Foreign Minister’s Commendations are awarded to individuals and groups with outstanding achievements in international fields, in order to acknowledge their contributions to the promotion of friendship between Japan and other countries. The commendations also help inform the Japanese public about the activities of the recipients.

Gingera-Beauchemin was recognized for being a critical player in the creation of the 4-H Manitoba– Japan Homestay program. Since 1987, 726 Japanese students and chaperones have been hosted by Manitoba 4-H families and enjoyed authentic Manitoba summer experiences including community events, outdoor recreation and host families’ cultural traditions. To date, nearly 200 Manitoba students and their chaperones have travelled to Japan every second year for a two-week homestay, which includes tours of agricultural and other cultural sites.

“We are so glad that Dori is being recognized for a project she believes so passionately in,” said Carlie Whetter, president of the Manitoba 4-H Council. “She has been a champion of the Manitoba–Japan Homestay program over the course of 30 plus years, and shares her understanding and respect for the Japanese culture with those around her.”

Gingera-Beauchemin joined Manitoba Agriculture as an assistant agricultural representative summer student. In 1979, she joined the department full-time as a 4-H and youth specialist in Beausejour and in 1984, became the chief of the Manitoba 4-H Program. Since 1993, Gingera-Beauchemin has held a number of senior level positions within the department and has been the deputy minister for Manitoba Agriculture since March 2013.