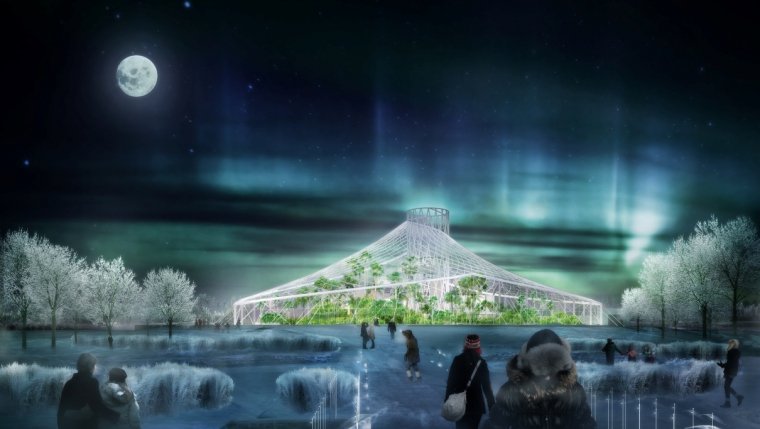 WINNIPEG - The Bert & Lee Friesen Foundation donated $250,000 to the Assiniboine Park Conservancy (APC) in support of the Imagine a Place Campaign and the development of Canada’s Diversity Gardens.

“We’re extremely grateful to the Bert & Lee Friesen Foundation for their support of this incredible project,” said Margaret Redmond, APC President & CEO. “It’s thanks to leaders like this in our community and others that we’ve been able to transform this wonderful Park to where we are today and I’m so excited for what’s next as we continue the development of Canada’s Diversity Gardens.”

“We are pleased to support the Diversity Gardens Project. In viewing the plans we were particularly drawn to the Bridge inside the Tropical Biome which we see as a symbol that provides a safe connection between peoples, a connection amidst plants and humans all within a protected lit space during the changing seasons. For us the Bridge invites one to cross from one side to the other on our journey to explore the four cornerstone attractions,” said Bert & Lee Friesen.

Scheduled to open in late 2020, Canada’s Diversity Gardens will be an iconic horticultural attraction for Winnipeg, Manitoba, and for Canada. Funding contributions can be broken down as follows: Federal Government - $35 million, Province of Manitoba - $15 million, and City of Winnipeg - $10 million. Private sector donations publically announced to date total over $10 million. Ongoing fundraising for the overall redevelopment of Assiniboine Park is still underway with more gifts to be announced in the future.