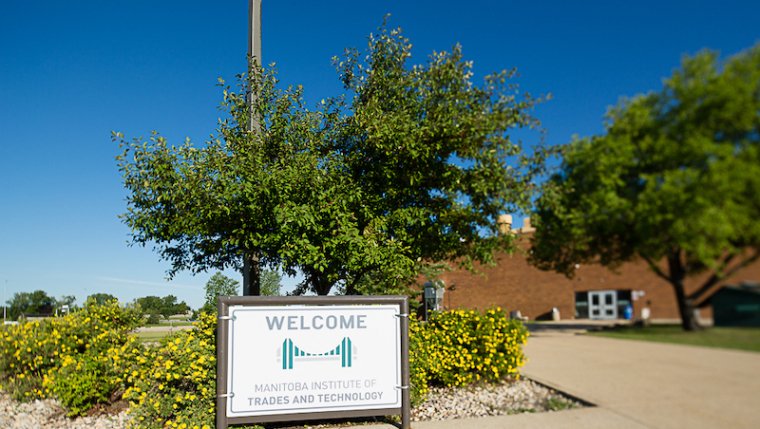 A $25,000 grant to Manitoba Institute of Trades and Technologies will help provide a new initiative to advance women in the trades that will increase the number of women enrolled in the school's program.

“Women in Manitoba continue to be under-represented in many areas of training including the trades,” Squires said during today’s announcement at Manitoba Institute of Trades and Technology (MITT). “We know that when people are empowered with skills and training, all kinds of doors open to good jobs, financial stability and better opportunities. This project will help teach prospective students about non-traditional career options and create support networks to enable careers in the trades.”

“In my 26 years at MITT, I have seen the numbers of women entering skilled trades – specifically heavy or applied trades – increase,” said Grace Leduc, dean of MITT. “However, I believe we have only just scratched the surface, and there is still a prevailing tradition, built on a myth, that professions somehow fall into gender-based categories. I look forward to seeing the trend of women in trades become the norm and with the support of the Province of Manitoba, MITT will help make this happen.”

The provincial funding will also enable MITT to develop promotional materials to build excitement and interest in the trades and other careers in which women are under-represented.

“Choosing a career in trades was not about proving a point for me; it was about pursuing my dream,” said student Holly Shimaro, who is a few weeks away from completing the CAD Technician program at MITT. “I want more young women in Manitoba to feel the freedom and support they need to pursue their dreams and today’s announcement is an important step in that direction. I’m grateful to the province for its support of MITT’s effort to recruit more women into trades training. The more women we see in the field and in the classroom as students or teachers, the sooner the notion that trades are ‘non-traditional’ careers for women will be eliminated.”

MITT specializes in providing innovative post-secondary and apprenticeship training programs in partnership with industry and communities. In 2017, men made up 94.54 per cent of the student population in the heavy trades.

In 2017, Manitoba proclaimed Women’s Equality Week as the third week of January to promote gender equality.