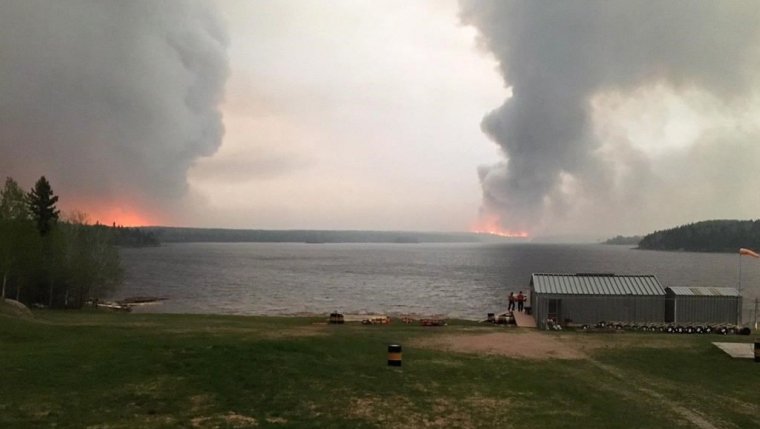 WINNIPEG — A Manitoba woman is pleading with Indigenous Services Canada for help feeding hundreds of dogs left behind after two First Nation communities were evacuated because of fire.

Debra Vandekerkhove, the director of Norway House Animal Rescue, estimates about 700 dogs have been left behind in Pauingassi and Little Grand Rapids First Nations after a wildfire last month.

She was moved to act after seeing a photo of a handful of puppies gaunt and desperately eating food.

While the dog rescue is working with the Red Cross to fly food to the communities, Vandekerkhove says there are very few people left to distribute it.

She says volunteers need approval and funding from the federal government to get into the communities and help the dogs before they starve or form dangerous packs.

The Red Cross says they are working with the animal rescue and the RCMP to distribute the food.

There is no word on when people will be able to return to the communities.