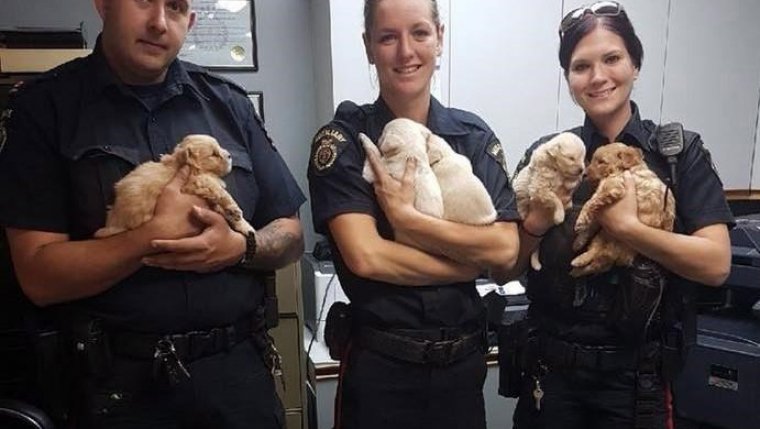 RIVERS, Man. — Police in southern Manitoba had to get down and dirty when they were called this week about five puppies trapped in a tunnel.

Officers from the police service in Rivers, about 40 kilometres northwest of Brandon, found four males and one female in an underground burrow that had been dug out by the mother dog.

One pup had managed to escape, but it was dehydrated.

That’s when police decided they needed to dig out the tunnel to rescue the remaining littermates.

The dogs were all taken to the Brandon Humane Society and will be put up for adoption.

"I don’t recall ever doing a rescue like this," he said. "But it does fall under the feel−good portion of our jobs."