Did Manitoba Mountie Kneel On Neck? 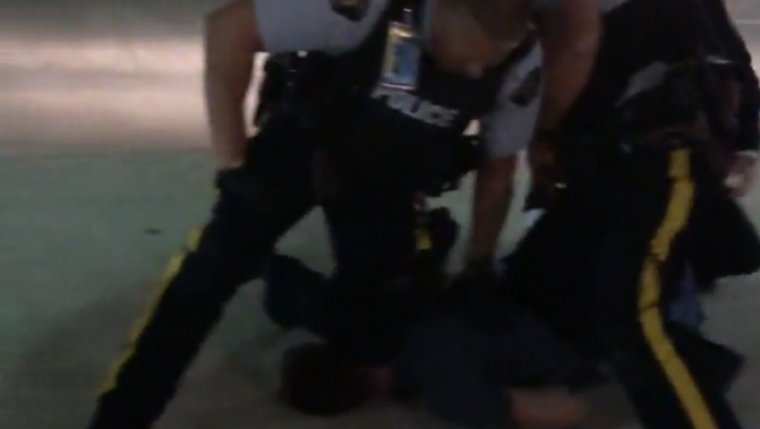 WINNIPEG - Manitoba’s police watchdog is investigating an arrest in Winnipeg after Mounties alerted them to video footage in which they say an officer knelt on the suspect’s neck.

Manitoba’s Commanding Officer, Assistant Commissioner Jane MacLatchy, says the arrest at Winnipeg International Airport involved an intoxicated man who was accused of assaulting both bystanders and an officer who responded to the disturbance. MacLatchy says the cell phone video, recorded by a family member of the suspect, appears to show the officer putting his knee on the man’s neck after an arresting officer was kicked in the groin.

National Police Federation President Brian Sauvé says, while the edited video clip released to the public is disturbing, it shows just a small portion of a much longer incident. Sauvé says the police response was triggered by an attack by the suspect on a random stranger, and RCMP members tried to de-escalate the situation before they were allegedly assaulted. Further, Sauvé says the suspect was physically aggressive with healthcare workers while being taken to hospital to be treated for intoxication and pre-existing health issues.

MacLatchy says the RCMP neither teaches nor endorses any method of arrest that involves placing a knee on a suspect’s neck or head. In addition to the case taken on by Manitoba’s Independent Investigation Unit, the RCMP says it’s carrying out its own internal probe of the incident and the officer involved.

Airport surveillance video has been requested to help get a clear picture of what happened.