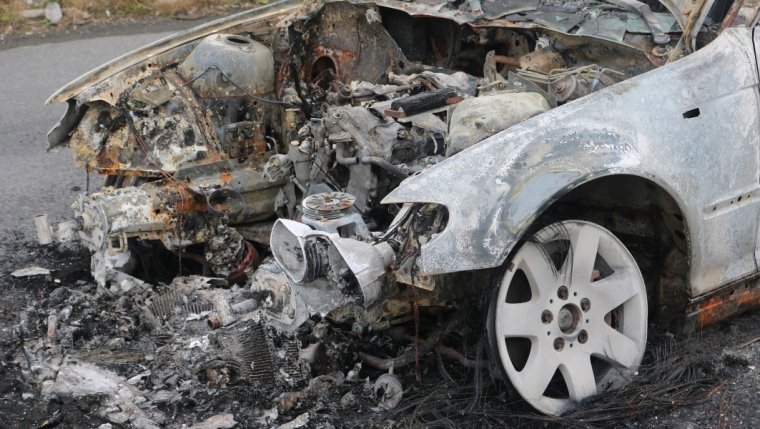 WINNIPEG - RCMP say an autopsy is underway to confirm the identity of a person found dead in the back seat of a burned-out SUV that crashed in northern Manitoba soon after occupants of the vehicle allegedly threatened people at a nearby check stop.

Police say they responded to a crash on Highway 6, half an hour south of the Lake Winnipeg-area town of Grand Rapids earlier this week after a report that a vehicle going south had hit a bridge guard rail.

When officers arrived, they found an SUV that was completely burnt, a passenger in the back seat, and two people in their 20s outside the vehicle with non-life-threatening injuries. The passenger who was still in the vehicle was pronounced dead at the scene.

Investigators say the same vehicle was involved in an earlier incident less than two hours prior to the crash. RCMP had responded to a report of staff being threatened at a check stop near Chemawawin Cree Nation, about half an hour north of where the crash occurred. Police say the SUV drove off after the threats were made, and was involved in the collision a short time later.

Mounties say they’ll be able to release the age, gender, and hometown of the victim once the autopsy is concluded within the week, but are asking anyone with information about the check stop threats or the fatal collision to call Grand Rapids RCMP at 204-639-2467 or leave a tip anonymously with Crime Stoppers online or by calling 1-800-222-TIPS (8477).