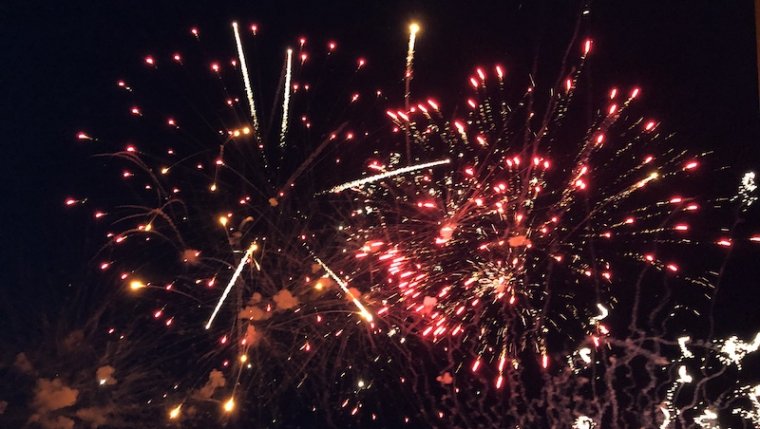 A fantastic sunny Canada Day celebration was held at CFB Shilo near Brandon on Monday where in-ring fireworks preceded the cacophony of light and explosion when darkness fell. Canadian Wrestling’s Elite featured competitors from 5 provinces as well as a WWE legend in action.

In the opening hour the kids favourite Cheetahbear Jude Dawkins handled ‘The Headline’ Shaun Martens in a very physical battle. 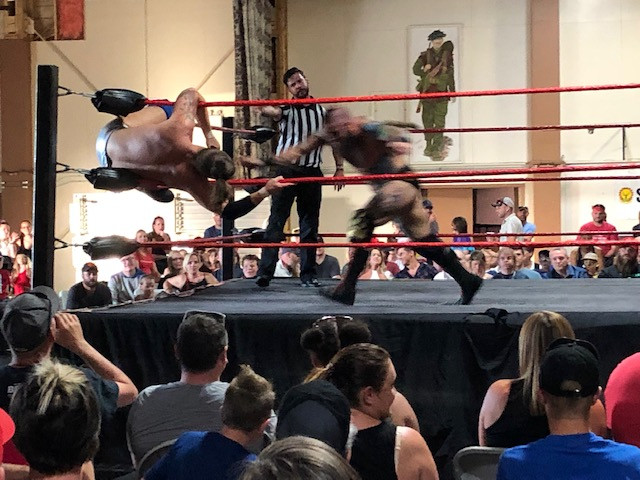 The second bout was a 3 Way Junior Heavyweight match that saw 2 up and coming wrestlers from Ontario, Vinnie Da Vinci and Buck Gunderson, outsmarted by 28 year veteran Rebel Bobby Collins who gave the kids in the crowd a Canada Day pep talk after his victory. 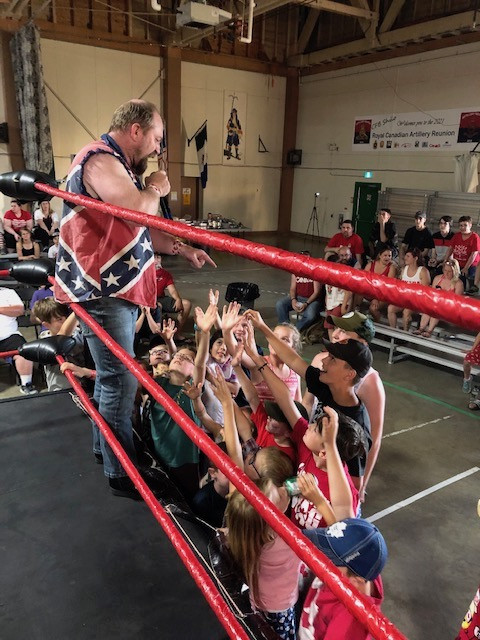 The feature attraction brought out a WWE star from the past The Genius Lanny Poffo for a Tag Team match. Poffo, who once scored a television victory over Hulk Hogan on NBC’s Saturday Night’s Main Event, is the brother of the late Macho Man Randy Savage and a very respected legend in the sport. In tribute to Savage, Lanny’s partner Brian Rich of Brandon nailed the top rope elbow drop to vanquish Tommy Lee Curtis and the Mastermind Kevin Cannon. 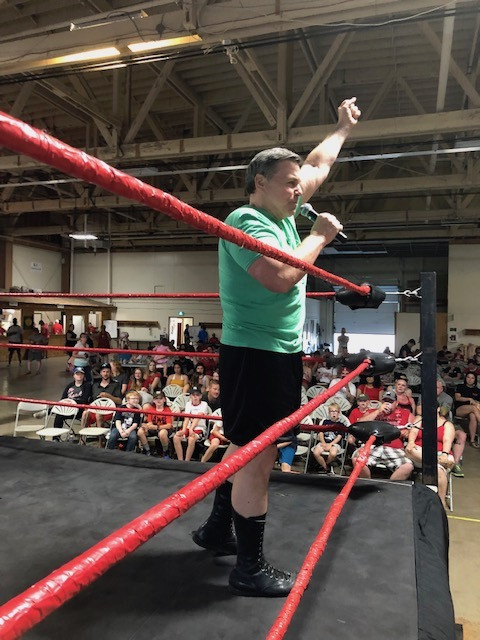 In the semi final, Alix Zwicker of Brooklyn NY exhorted the crowd to chant U-S-A and instead was deafened by a chorus of Go Canada Go. The fan support propelled newcomer Zoe Sager of Edmonton to a pinfall win. 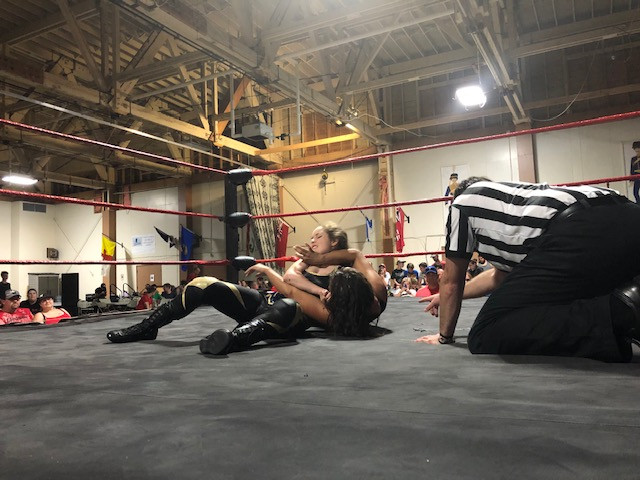 To conclude the action, the CWE super team of MENTALLO and Hotshot Danny Duggan set a torrid pace against Dragneel and AJ Sanchez that had the crowd roaring, with the masked man taking the winning fall. 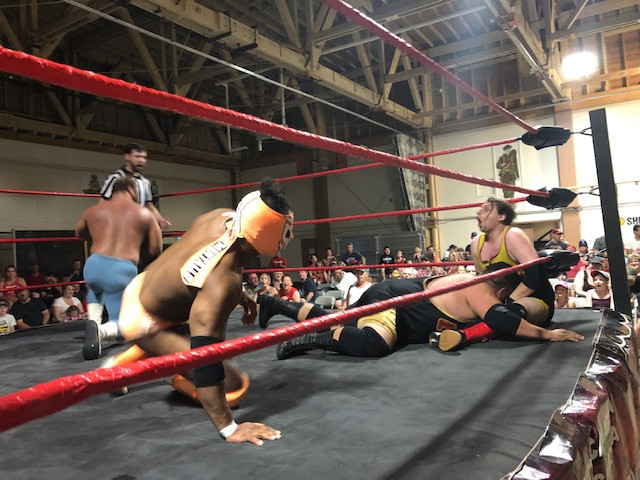 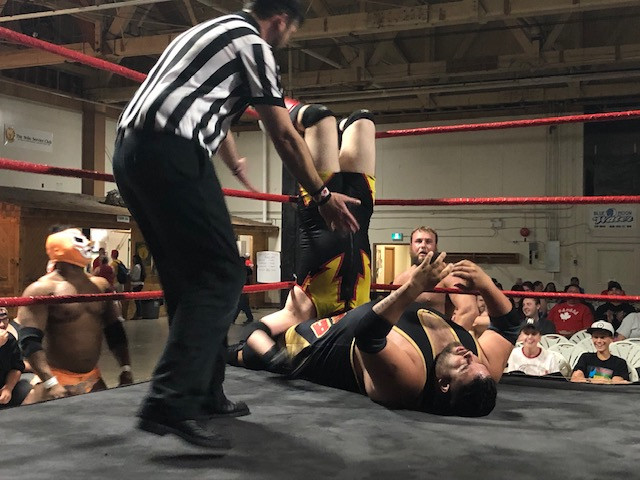 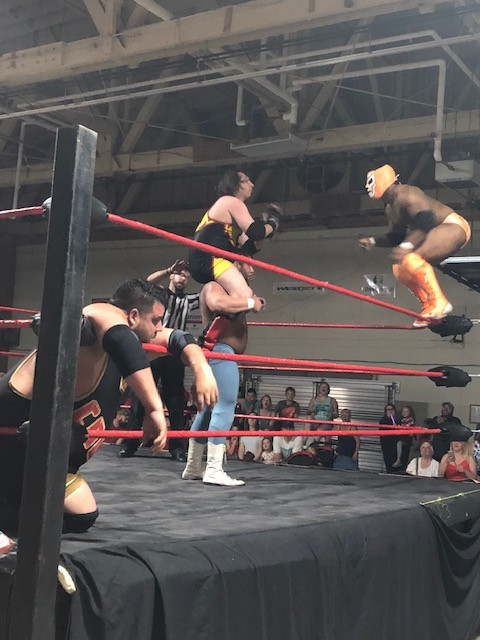 The finale sent the 600 in attendance into an excited explosion, eager to watch the fireworks display which was a spectacular ending to a wonderful Canada Day celebration. Thank you CFB Shilo for their hospitality!
[ Marty Gold, aka “Dr. Marty Goldstein" in the professional wrestling industry as a writer/producer, TV commentator, wrestler, referee and manager since 1980. To support his sports and news reporting, you can contribute via paypal.me/MartyGoldMedia. His portfolio of wrestling book reviews, interviews and career retrospectives are found online via http://slam.canoe.com/Slam/Wrestling/home.html]