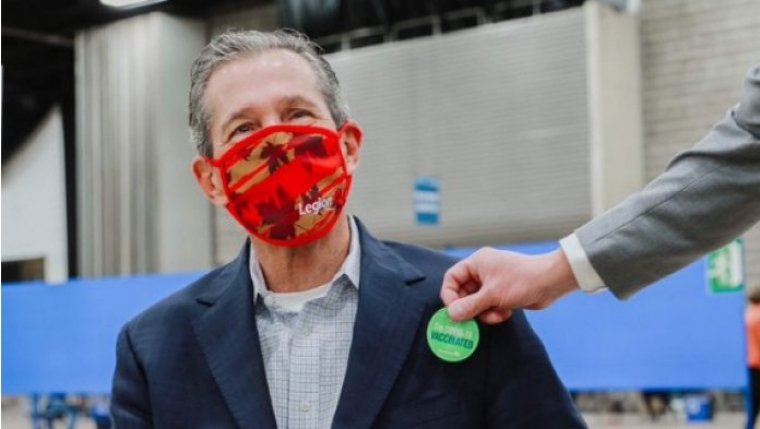 WINNIPEG - Just a day after Winnipeg’s mayor called for fines for public health orders to double, the province says it’s doing just that, while also announcing the launch of a new paid sick leave program.

Premier Brian Pallister says individuals who repeatedly violate public health orders will now be paying twice as much as they did before. The provincial government is also doubling late payment fees associated with those fines. “You will be paying your fines,” Pallister says, adding that those who refuse to won’t be able to renew their driver’s license, and may have their wages garnished.

Pallister says most Manitobans abide by rules meant to reduce the spread of COVID-19, and suggests those who don’t may want to reflect on how their decisions impact those around them.

Meanwhile Pallister says the province will soon begin accepting applications for its new sick leave program for those who are unable to work as a result of the pandemic. Pallister says the program gives employers up to $600 for each worker who goes on sick leave due to COVID-19, covering up to five work days - and those five days don’t need to be taken off consecutively for the employee to qualify.

“Many Manitobans are living paycheque to paycheque,” Pallister says. “They need to feel confident that if they are sick they can stay home without any financial repercussions or fear of lost wages.”

Days can be taken off to accommodate any necessary testing, vaccinations, side effects that may result from vaccinations, self-isolation as a result of a worker experiencing symptoms associated with the virus, and care for household members who may be experiencing any of the same.

Pallister says the sick leave assistance program applies to non-profits and charities as well as business, and employees qualify whether they had worked part-time or full time.

The premier says he had hoped for a federal paid sick leave program, and was disappointed when one didn’t show up in the budget released on April 19.

An application for will be available at the province’s COVID-19 information portal.