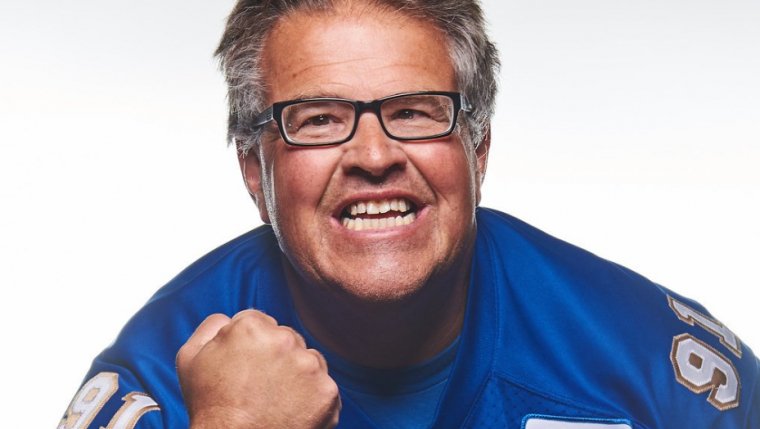 WINNIPEG - Gabriel Langlois, commonly known as “Dancing Gabe,” was among nine other Manitobans honoured for volunteerism at a ceremony held at the official home of Lieutenant Governor Janice Filmon. Governor General Julie Payette hosted the event presenting medals in appreciation of contributions to organizations such as Girl Guides, Operation Red Nose, World Vision, and the Salvation Army.

A well-known, exuberant fan at Winnipeg sporting events since the 1980s, beloved for his mastery in rallying crowds to cheer for their home teams, Langlois was thanked for his daily volunteer work at the St. Vital YMCA-YWCA's kid's corner for more than 30 years.

Also honoured at the ceremony were:

Sandra Hamm, who volunteered for World Vision Winnipeg for over 10 years.

John Kroeker, who volunteered for Steinbach Community Outreach since its founding in 2009, and serves as treasurer of Soup's On Steinbach.

Yvonne Savard, who has helped seniors get around at Le Chalet de La Broquerie for over a decade.

Simryn Singh, who has helped provide meals at both Agape Table and through Langar Seva Winnipeg, as well as education opportunities for girls in India.

Sharon Faye Thorne, a volunteer with the Legion for over than 22 years

William Worden, who for more than 30 years has organized fundraisers with the Cameron Highlanders and has helped to instill Scottish culture in Manitoba as a member of the Scottish Gentlemen’s Club.