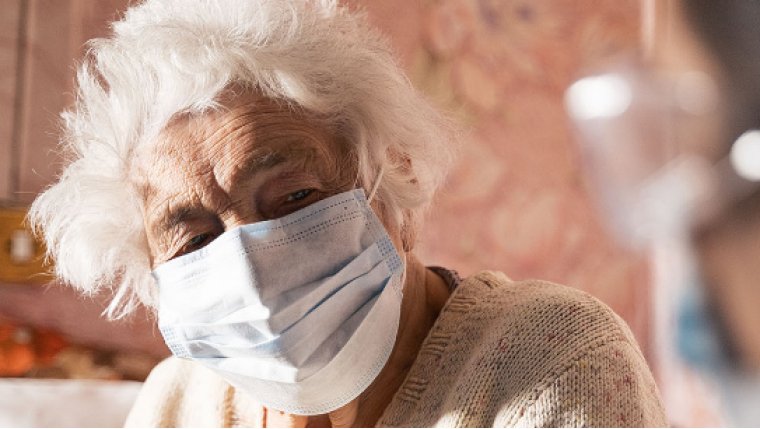 WINNIPEG - The Winnipeg Regional Health Authority says they found issues with staffing, record keeping, and personal protective equipment use at Maples Personal Care Home during a review in response to a crisis that saw the death of nearly two dozen residents. Paramedics were dispatched to the care home a week ago and found numerous residents with serious and worsening health conditions. Three were taken to hospital, several needed on-site medical attention, and two had already died before Fire Paramedic Service staff arrived. Eight died within two days.

WRHA President Vickie Kaminski says they have so far discovered that, in addition to staffing problems, rules around wearing PPE and documenting when residents had been fed hadn’t been followed correctly, issues she says the health authority is working to fix. Kaminski says the authority is still investigating to confirm whether the missing paperwork meant residents had been getting dehydrated or malnourished. WRHA Chief Health Operations Officer Gina Trinidad says she went to the care home along with another senior official the night of the incident and began immediate intervention. Trinidad says healthcare staff are doing their best to respond. Health Minister Cameron Friesen says the Province has appointed an independent nursing advisor to oversee their in-depth investigation. The police are conducting their own.

Mississauga-based Revera, the Public Sector Pension Investment Board subsidiary that owns both Maples PCH and Parkview Place, had told the WRHA it had 13 health care aides working that Friday night. They later admitted they’d made a miscalculation, and only seven were there to care for residents at the 200-bed facility.

More than 100 at the care home have tested positive for COVID-19, and over 20 have died in connection with the pandemic since March. By Tuesday, 45 staff members were unable to come to work having tested positive for the virus. Kaminski says the health authority now has their own personnel there daily, and the Canadian Red Cross is now on site.

In a statement, Revera president and CEO Thomas Wellner thanked the WHRA and the Red Cross for providing additional personnel for “some much-needed relief for our devoted but exhausted staff,” and expressed condolences to those who have lost loved ones who had been staying at their facilities.

Nearly 200 people have died as a result of COVID-19 outbreaks in long term care homes owned by Revera across the country. The organization has been named in at least two class-action lawsuits in Ontario over their responses to those outbreaks, including one for $50 million, but families taking the crown subsidiary to court over neglect contributing to death didn’t start with the pandemic. In January 2019 alone, Revera faced about 85 such lawsuits.

Formerly called the Retirement Residences Real Estate Investment Trust, Revera was removed from the Toronto Stock Exchange when it was purchased by the Pension Investment Board in 2007, a crown corporation that reports to Parliament though Treasury Board President Jean-Yves Duclos and invests primarily in Canadian public services such as the Armed Forces and the RCMP.