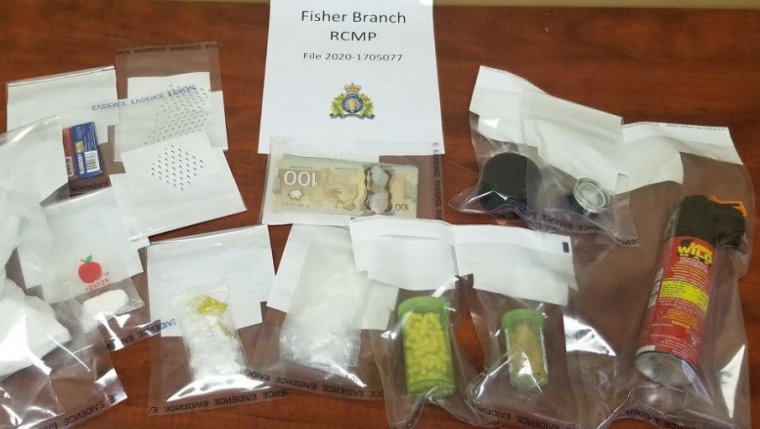 WINNIPEG - A Manitoba man is facing multiple charges after a traffic stop that uncovered more than $10,000 worth of cocaine. Fisher Branch RCMP arrested the 32-year-old man after they discovered bear spray and drug paraphernalia in the vehicle - along with 125 grams of cocaine. He’s charged with possession for the purpose of trafficking, and possession of a weapon for a dangerous purpose.

The man was also fined with failing to follow an emergency public health order for not self-isolating when directed. An outbreak was declared at the nearby Fisher River Cree Nation in October, which placed the community under a 9:00 pm – 6:00 am curfew and stay-at-home-order and a travel ban, in addition to existing Manitoba health orders.