Churchill is Faced With Challenges & Opportunities 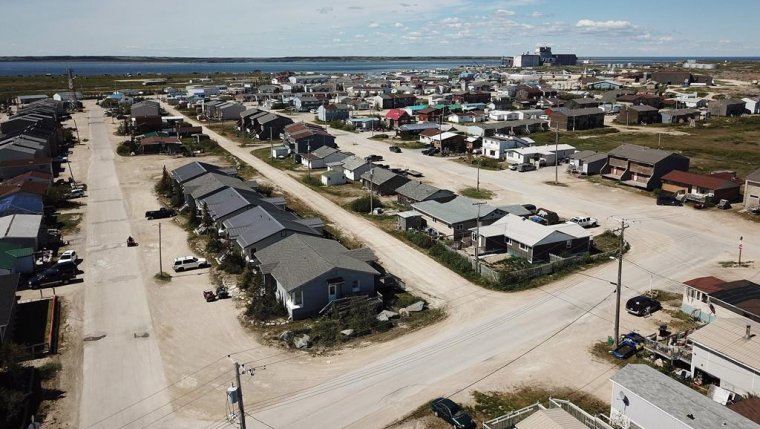 CHURCHILL — A northern Manitoba community on the shore of Hudson Bay is having an identity crisis.

The port of Churchill was once bustling with ships laden with grain bound for markets. Now, the ships docked at the port are bringing essential supplies in rather than transporting anything out.

Last year, severe spring flooding washed out parts of the only rail line — and lifeline — to what’s known as the polar bear capital of the world. Propane is being brought to Churchill by marine vessel for the first time.

Supplies for businesses are also coming in on ships or by air, at an exorbitant price. A head of broccoli runs at $7.49 and a 650−gram brick of cheese costs more than $17.

Some families have not been able to hold on.

Sharice Sinclair was born and raised in Churchill but made the hard choice to move south to Winnipeg last year.

She wanted her daughter to have the free childhood she experienced — watching beluga whales, birds, polar bears and being part of a tight−knit community. But without the rail line and a stable economic base, the costs were just too high.

"We held on until we could not do it any more," she said. "Being a mother, I had to make it better for my daughter."

The port saw its first ships in 1931 and there was hope it would open grain production on the Prairies to the rest of the world.

The Canadian government sold the port — the community’s top employer at the time — and the Hudson Bay rail line to Denver−based Omnitrax in 1997. Citing the elimination of the Canadian Wheat Board in 2012, which dried up grain shipments through the north, the U.S. company shuttered the port in 2016.

The survival of Churchill may now hinge on a deal involving a consortium of First Nations, which has been working with Toronto−based investment company Fairfax and federal negotiators to buy the assets.

That leaves tourists who visit the area to paddle with beluga whales or watch polar bears on the tundra as the main source of income for most in the community who don’t work in the health centre or for the government.

While climate change is threatening the polar bear population that brings in tourists from around the world, it could also open shipping routes which could create a stable economy in the future.

"One of the things that people need to realize is changes in the Arctic bring both challenges and opportunities," said David Barber, Canada Research Chair in Arctic−System Science, after he was host to researchers and politicians on the scientific vessel CCGS Amundsen recently.

"We are having basically a day of open water per year more now, and this is on average been going on for 30 years, so we now have 30 days more open water in Hudson Bay than we had before," said Barber from the University of Manitoba.

Russia generates about 23 per cent of its GDP through the Arctic, he said. There are the same resources in Canada, but the difference is Russia focuses on developing its Arctic.

Construction of a $44−million Churchill Marine Observatory, a multidisciplinary research facility, has been put on hold because materials couldn’t make it to the community by rail. But once the facility is complete, Churchill will be an important global hub for scientific, technological and economic issues around Arctic marine transportation and development, Barber suggested.

The federal government said it’s interested in looking at its trading routes as part of its Arctic strategy.

"We all have a stake in the viability of this place."

With federal funding, the community has created a program to prepare for the future. Claudia Grill, project co−ordinator for the Training to Employment Project, said people who leave for years to get education often don’t come back. As well, locals won’t go south for training because they can’t leave their families for extended periods of time.

The result is a temporary and seasonal workforce.

"We are trying to bring programs to town to help the local workforce to develop the skills that are needed to be successful in town," she said.

Sinclair would love to return home someday. Like other families from Churchill she keeps in touch with who also moved south, Sinclair said she misses the community and the Arctic tundra.

"Churchill will always be home."