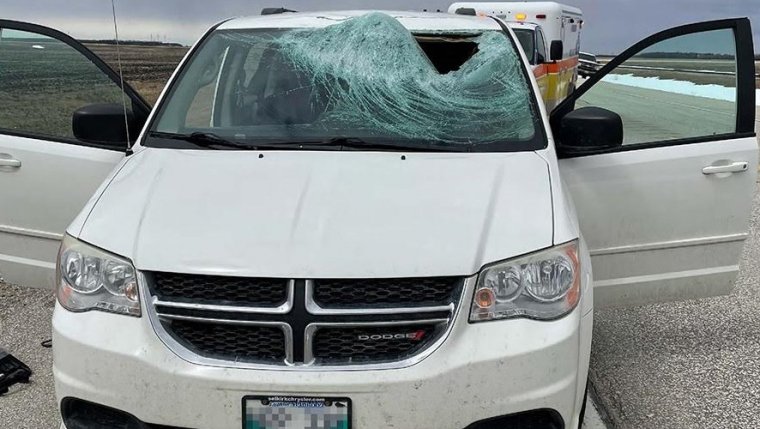 WINNIPEG - The driver of a minivan is recovering in hospital after being knocked out by a chunk of ice that flew through his windshield. Stonewall RCMP say a passenger in the van had to take the wheel to bring the vehicle under control until it stopped, as the driver sat unconscious.

RCMP say their investigation found the van was going southbound on Hwy. 6, around four km north of the Perimeter Highway, when a dump truck passed it and lost the chunk of ice that struck the driver in the head.

Mounties say the 68-year-old man was treated by paramedics at the scene before being taken to hospital in serious but stable condition. They add the 61-year-old woman who grabbed the steering wheel is very grateful to those who pulled over to help as they waited for first responders to arrive.

Police are urging motorists to make sure their vehicles are free of ice and snow before hitting the road, warning that debris can become a deadly bullet when flying off anything that’s moving at highway speed.