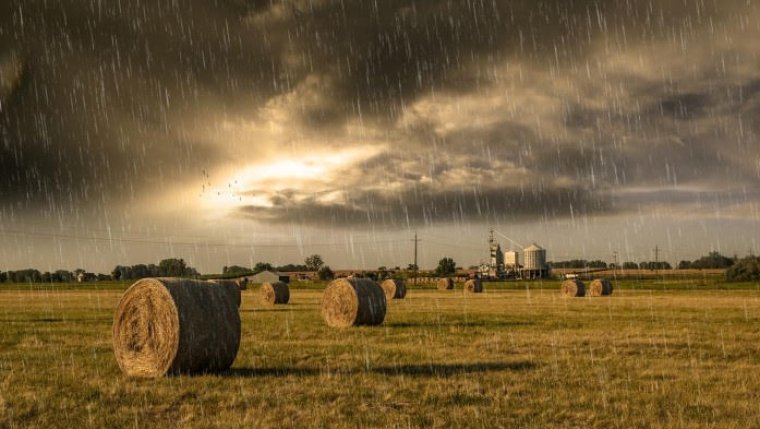 WINNIPEG - As rain continues throughout Manitoba this week, producers and forecasters are beginning to give a clearer picture of how much it will help the harvest, which Manitoba Agriculture says is 21 per cent complete. Although some parts of Manitoba received as much as 114 mm of rain this weekend, river levels are still lower than normal.

The province says producers have been moving at a rapid pace to get the harvest in, but crops rated good make up 44 per cent of their total planted acreage. The four-year average completed harvest for this time of year is 14 per cent.

It will feel like an early start to autumn in the coming days, a major shift out of the heat wave. It’s a relief from this summer’s drought conditions, but many farmers say it will only help with winter water supply and next year’s moisture levels, as this year's harvest is already well underway.

The low-pressure front that pushed thunderstorms and heavy rain into the province yesterday is moving out toward Hudson Bay and Ontario today, but temperatures will continue to plunge as far as 10 C below normal.

We’ll feel near normal or below-normal temperatures across the province moving into a cloudy weekend.