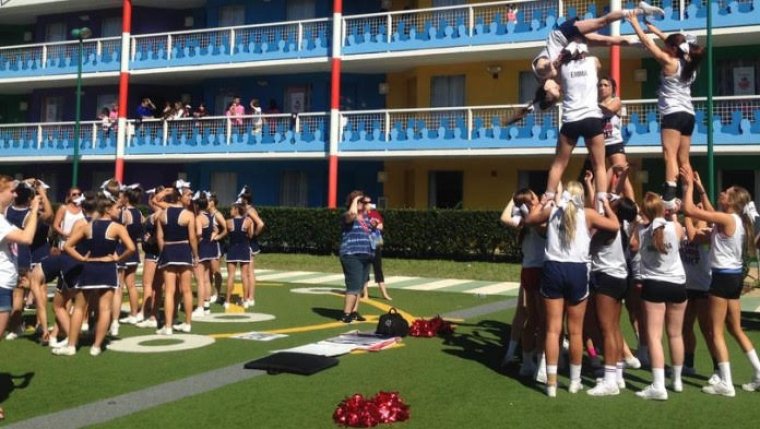 WINNIPEG - A Manitoba cheerleading coach has been sentenced to nine months in jail after pleading guilty to stealing thousands of dollars from two non-profit organizations.

The court heard 26-year-old Kelsi Holmberg had bilked over $45,000 from the Manitoba Association of Celtic Sports and Cheer Manitoba — formerly the Manitoba Cheer Foundation — to pay for her lifestyle. In addition to coaching cheer teams from K to Grade 12, Holmberg was treasurer of the organizations beginning in 2015 and 2017 respectively.

There are not enough words to truly articulate how grateful we are for champions like our President @proulxmom and @galpalmal25. Yesterday, the cheerleading community received justice. Cheer Manitoba is ready to move forward, stronger and better equipped to promote cheerleading a pic.twitter.com/76Kqv9ldEv
— Cheer Manitoba (@cheer_manitoba) June 30, 2021

Prosecutors say Holmberg wrote sent e-transfers and wrote cheques to herself, as well as withdrawing cash from the organizations’ bank accounts, in the span of 17 months, starting in 2018. Judge Rocky Pollack says the cheerleader made “185 choices to be dishonest.”

The judge says much of that money went toward buying booze and groceries, paying for taxi rides, and paying off debt. Holmberg had no prior criminal record and is considered a low risk to re-offend, and will serve three years of supervised probation after the jail sentence.