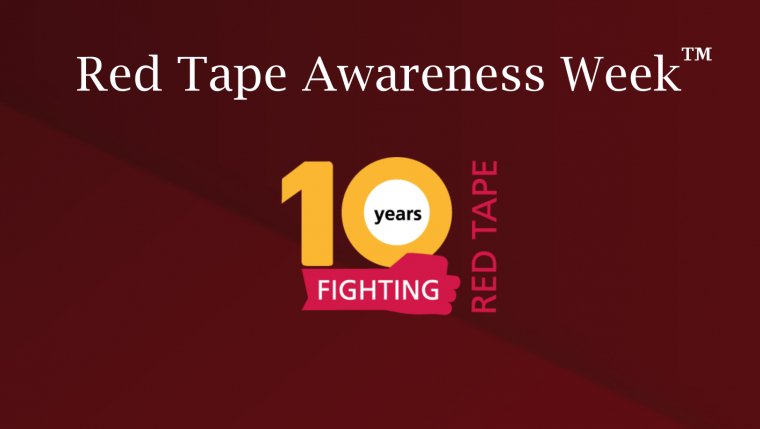 The Canadian Federation of Independent Business has announce its 10th year of Red Tape Awareness Week. The event showcases the negative impact excessive regulations have on Canadians and highlights governments and public servants who have successfully cut red tape.

“Looking back over a decade of fighting red tape, we are proud of what we have accomplished and how far we have come as a country,” said Laura Jones, CFIB’s executive vice-president. “However, the work is never done. Like a bad weed, red tape will multiply the moment you turn your back on it. Out-of-control red tape leads to a host of bad outcomes, from higher prices and reduced entrepreneurship to some less expected ones like increased poverty and income inequality. It’s an issue affecting every Canadian.”

· Monday, January 21: CFIB will be announcing its 2019 Paperweight Awards to highlight examples of red tape stories from across the country. Business owners will vote over the week to determine the worst of the pack.

· Tuesday, January 22: CFIB will be releasing the grades of the federal and provincial governments in its annual Red Tape Accountability Report Card.

· Wednesday, January 23: CFIB will be announcing its annual challenge to cut red tape and review progress on last year’s challenge. In 2018 we challenged the premiers to address three key red tape pain points related to internal trade. In 2019 we are asking municipalities to step up and do their part.

o The Golden Scissors Award winners and honourable mentions will be announced, highlighting the governments and public servants who have done an exceptional job of cutting unnecessary red tape (nominees will be announced on January 17).

o Farmers deal with unique red tape challenges, such as being asked to complete Statistics Canada surveys during their busiest time of year. CFIB will release new research on the red tape burden placed on the agricultural industry.

is encouraging governments across the country to launch their own red tape reduction initiatives. To learn more visit CFIB.ca/redtape and follow #redtape.