Case of Seized Newborn Back in Court 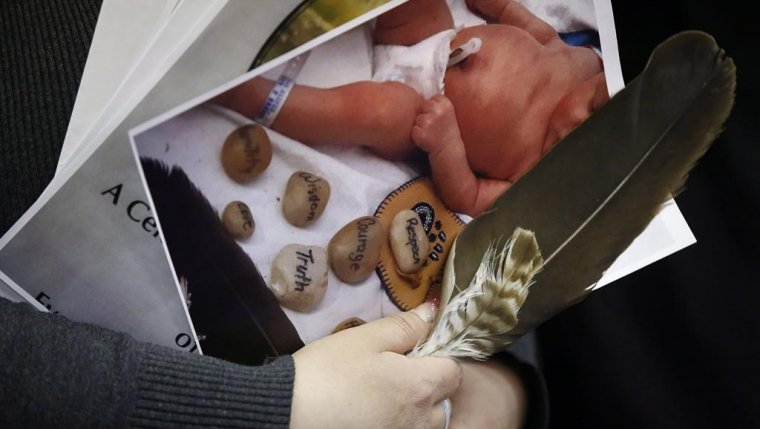 WINNIPEG — A family trying to get back a newborn who was seen in a social media video being taken away by police in a Winnipeg hospital is to be back in court next month.

The video of the infant was broadcast live on Facebook by the woman’s uncle in January, and First Nations leaders have said it shows a child−welfare system biased against Indigenous people.

The family cannot be identified under Manitoba law.

At a child protection hearing today, the case was moved forward to an intake court, where a judge will get more information from the parents and hopefully find a resolution.

Last week, court heard a man had came forward saying he was the father of the baby girl.

Statistics from the Manitoba government show that newborn apprehensions occur, on average, about once a day and that about 90 per cent of kids in care are Indigenous.