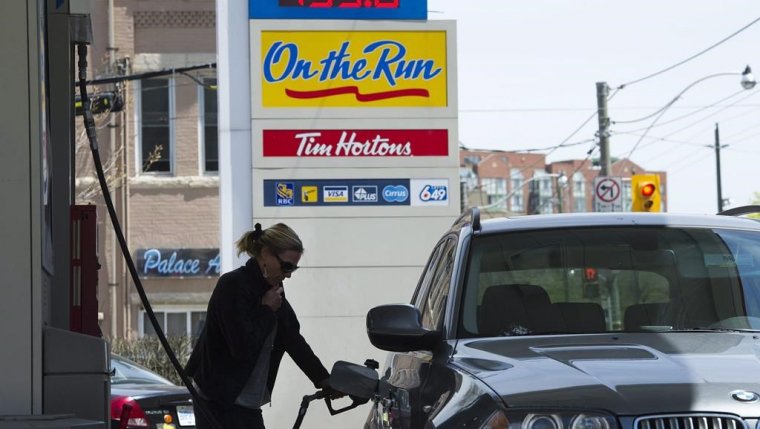 People in Manitoba, Ontario, Saskatchewan and New Brunswick will be paying more for gasoline and heating fuel Monday when the federal government’s carbon tax begins in provinces that refused to impose their own emissions pricing.

The starting rate adds 4.4 cents to the price of a litre of gas, about four cents to a cubic metre of natural gas, and also drives up the cost of propane, butane and aviation fuel.

There is uncertainty about how widespread the impact will be, how businesses will receive rebates, and whether the tax will survive court challenges underway in two of the rebel provinces.

Todd Lewis, president of the Agricultural Producers Association of Saskatchewan, said while farm fuel is exempt from the carbon tax, the levy does apply to that used in commercial trucks and trains moving grain off farms and bringing in seed and equipment.

"As we move our commodities, we’re going to have increased costs. Simple as that," Lewis said in an interview.

"There’s no way for us to pass these costs along. If you’re a grocery store or a dry cleaner, if you’re costs go up, you can pass them along to the consumers, but we participate in a world market."

The business community also has unanswered questions. The federal government has yet to reveal details about a program to rebate some of the increased costs faced by small− and medium−sized businesses.

Residents of the four provinces will be getting rebates as well on their income tax returns. The rebates start at $128 annually, vary between provinces and increase for people with spouses or dependents at home.

The federal government says the carbon tax is a sensible way to protect the environment — put a price on activities that pollute to discourage emissions, and give back most or all of the money through income taxes.

The holdout premiers have been vocal in their criticism.

Ontario Premier Doug Ford has described the carbon levy as a "job−killing" tax that will increase prices on everything. He has warned that it could cause a recession — a claim economists dispute.

Ford has tweeted nearly daily about the tax over the last two weeks — his caucus members have contributed dozens more — and has held news conferences to rail about it.

An Ontario court is set to hear the government’s constitutional challenge of the carbon tax in April. A Saskatchewan court has already heard similar arguments and is expected to deliver its verdict shortly.

In Manitoba, Progressive Conservative Premier Brian Pallister initially intended to implement a lower carbon tax, and demanded the province be recognized for spending billions to build clean hydroelectric infrastructure. He dropped the idea and joined the protesting provinces when Ottawa refused to accept the lower rate.

Pallister said the tax comes at a time of economic uncertainty for Manitobans.

Pallister suggests the federal rebates may not be enough to offset increased costs businesses will face, which could be passed on to consumers.

"The proposed plan does not consider ... the multiplier effects of these taxes on the people we buy things from."

"The U.S. does not have any kind of carbon levy or carbon charge so it makes it more difficult to compete internationally," she said.