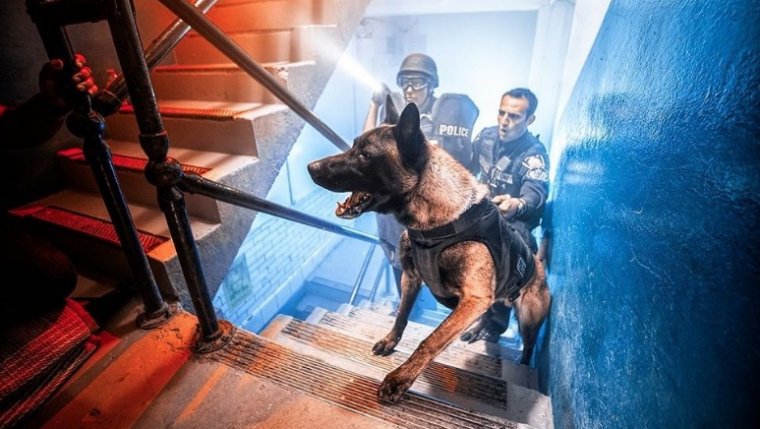 WINNIPEG - Manitoba K9 officers are a little more relaxed today, and four men are in custody, following a busy day this week that included the seizure of meth.

In Winnipeg, a police unit that happened to be a canine team noticed a suspicious vehicle near the corner of McPhillips St and Winnipeg Ave, and tried to pull it over. The driver of the vehicle decided to try to flee instead, and a car chase ensued. After a “stop stick” was used to deflate the tires on the suspect’s vehicle, which crashed into a snowbank, the chase continued on foot and paw. The dogs helped police arrest three men, and officers seized six ounces of methamphetamine and 21 rounds of ammunition.

On the same day, in Grunthal, Manitoba, police dogs helped snag a driver who fled the scene of a serious collision on foot. St. Pierre RCMP say a car going east on Hwy 205, 10 minutes east of Steinbach, was hit by a pickup truck at high speed. Both vehicles were badly damaged, and a STARS air ambulance was dispatched to airlift a passenger in one of the vehicles to hospital. Police say a male youth exited one of the vehicles and ran into town, where he was arrested soon afterward by their K9 unit.