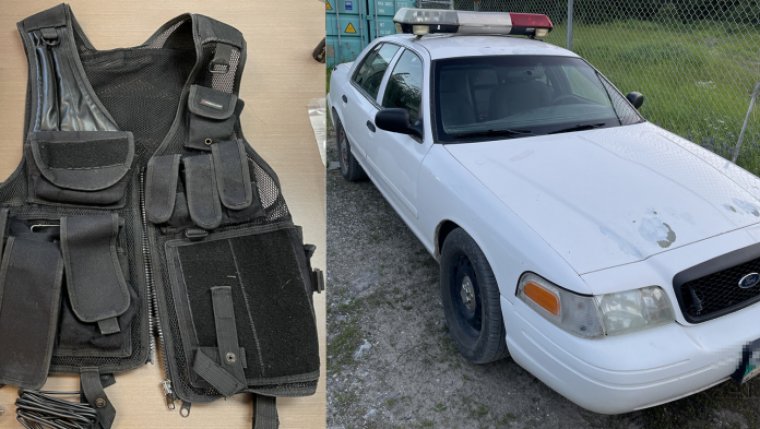 WINNIPEG - Manitoba RCMP say a 55-year-old man is facing charges of impersonating a police officer after showing up at a COVID-19 checkpoint, driving a retired police vehicle and telling people there he was going to conduct patrols.

Nelson House Mounties say they received a report that a man from Nisichawayasihk Cree Nation may be in possession of two restricted handguns and a decommissioned police car. Soon after, a man showed up at the community checkpoint with an old white Crown Victoria with a working red and white light bar on the roof.

Investigators say they obtained a search warrant and went to the man's home, seizing a replica handgun, police-style flashlights, a tactical vest, handcuffs, ammo, and bear mace - as well as the Crown Victoria.

In addition to the charge of impersonating a police officer, the man is also charged with possessing a prohibited weapon. He was arrested and remains in custody.