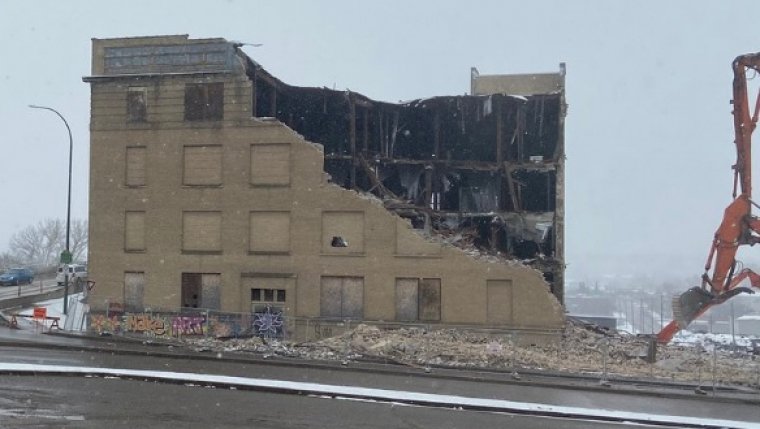 WINNIPEG - The demolition of the International Harvester building in Brandon continues.

The job began almost a week ago.

The five storey brick building was built in 1912 and Heritage Brandon says it was once the western headquarters for the company.

Pedestrian and vehicle traffic over Daly Bridge is expected to return to normal tomorrow.

#TrafficAlertUpdate
Manitoba Infrastructure will be continuing on with the demolition of the International Harvester building over the weekend. Pedestrian traffic on the bridge and the resumption of two southbound vehicle travel lanes is expected again on April 19th. #bdnmb pic.twitter.com/sLORRAcFlZ
— City of Brandon (@CityBrandon) April 16, 2021