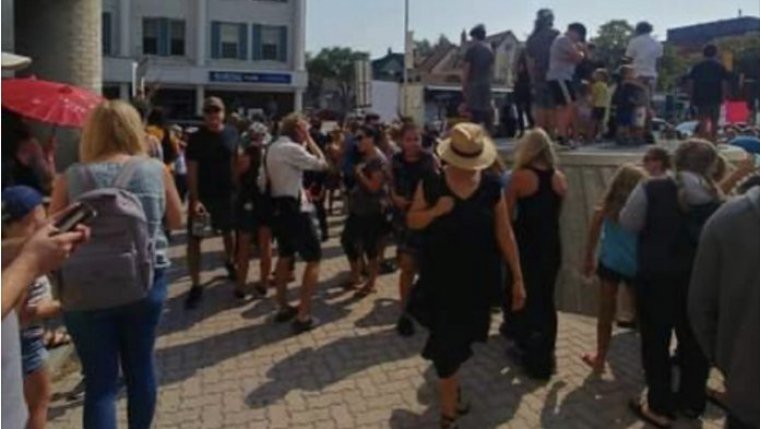 WINNIPEG - The New Democrats want buffer zones around hospitals and personal care homes in Manitoba so health care workers don't have to deal with protests like the one at Health Sciences Centre in Winnipeg recently.

The NDP has introduced a bill in the legislature and interim premier Kelvin Goertzen says he will read it carefully but does not want any measures to go too far.

The bill calls for fines up to $5,000 and as much as six months in jail for violating a buffer zone. The penalties would double for a second offense.

The New Democrats stalled a government bill earlier this year that would have allowed for court injunctions against demonstrations around critical infrastructure like health care facilities.