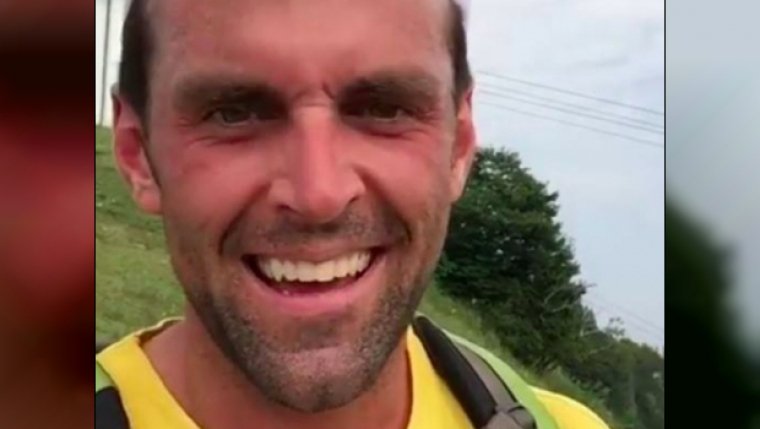 BRANDON — Family of a Manitoba man who disappeared more than three weeks ago while hiking alone in the Bavarian Alps are confirming that his body has been found.

Jeffrey Freiheit, a teacher and avid hiker from Brandon, was last seen on Aug. 2 in the southern German town of Bad Tolz.

German police say remains were found on Saturday in a wooded area near a mountain south of Munich, along with a backpack containing a passport.

Police did not name the man, but Freiheit’s wife, Selena Freiheit, confirmed on social media that he had been found.

Freiheit’s sister, Amanda Devigne, says her mother was helping with the search in Germany and found Freiheit’s body.

Devigne says he had fallen off a mountain ridge about 60 metres.

“My mom found his shoe. His friend came over right away and he saw him. And they just stayed with him until police, search and rescue were able to get there,” Devigne said.

“It was about at least 60 metres, so he didn’t suffer and it was probably instant,” Devigne said.

His wife, Selena Freiheit, wrote on Facebook: "It is with overwhelming grief and sadness that I share with you that Jeff was found and is no longer with us. Through a broken heart I’ve found peace in knowing that he did not suffer."

Friends and family had said that Freiheit, 32, was a very experienced hiker and had trekked to Mount Everest’s base camp and climbed Mount Kilimanjaro in Africa.

Freiheit set out on July 31 to hike for 24 days through the Alps between Munich and Venice on a trail called Der Traumpfad, or The Dream Way.

He posted a video on Instagram on Aug. 2 atop a mountain. He was supposed to check into a hostel that night, but never made it.

Devigne said her brother was found between where he videoed himself and the hostel.

Devigne said her brother always made an impression on people.

“He just made such an impression on everybody that had the pleasure of having him in their life," she said. "Even through all of this tragedy, he brought people together from all over the world, total strangers.”

Police said Sunday there was no evidence of foul play.