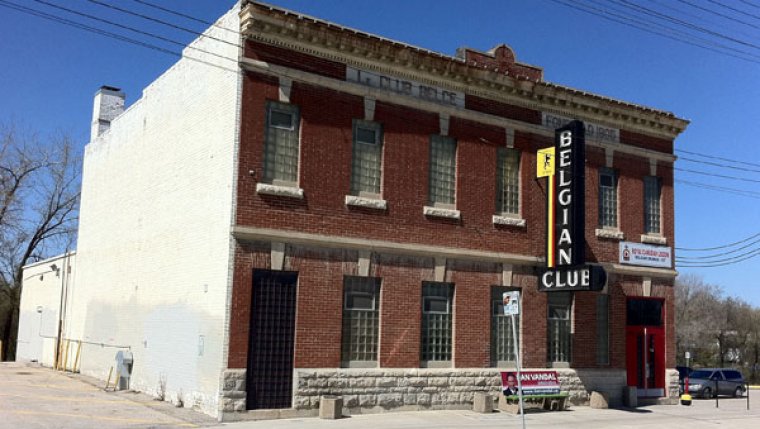 WINNIPEG — A cultural club in Winnipeg said one of its board members has agreed to resign after it hosted a meeting for the Canadian Nationalist Party over the weekend.

The Belgian Club said in a statement posted to Facebook that a junior member of its staff took the booking without fully realizing what the party represents.

The Canadian Nationalist Party’s website touts a "Canada first" approach, which includes reducing immigration, deporting asylum seekers and banning burqas. In the group’s 21−point plan posted on their website they demand the end of the "forced displacement of the founding Canadian People," which are categorized as having European ancestry.

The group is not a registered political party on the Elections Canada website.

The Canadian Nationalist Party booked the club for the meeting, which included an appearance by its leader Travis Patron, for Saturday afternoon, and local activists arranged a counter protest.

Omar Kinnarath, an organizer with Fascist Free Treaty 1, said protesters entered the club and there was a heated discussion with a handful of people attending the meeting.

A woman, who was identified as the treasurer for the Belgian Club, was captured on video, later posted online, explaining she doesn’t follow nationalism. But she goes on to add that you can’t get a job if you are not a visible minority.

Police were called to the club and said there were no arrests.

The club’s statement said during Saturday’s protest one of its board members expressed her personal views "that do not represent the history, heritage or values of the Belgium Club," and she was asked to resign.

"In fact, the Belgium Club is filled with members whose fathers and grandfathers fought and died in both the First and Second World Wars fighting against fascism and the Nazis to defend democracy and human rights both abroad and here in our own country," the statement said.

A local Royal Canadian Legion branch is in the same building as the club but was not associated with the event.

Kinnarath said it doesn’t do enough to address the internal issues that would have allowed the Canadian Nationalist Party a platform at the club in the first place.

"We wish that they take further steps in educating their members, their staff and their board about the important of multiculturalism and how multiculturalism is Canadian identity," he said.

The Canadian Nationalist Party did not respond to an interview request but in a post on its website addressed the altercation saying the Belgian Club was "short−sighted" in asking its board member to resign.

"We consider the event a success and the antics of our protestors as a display that threatens the freedom of expression, right to assemble, and ability of third−party organizations to retain their non−partison (sic) status when hosting political parties," the statement said.

In 2017, the University of Toronto banned the group from having a nationalist rally on campus.

The group said they are not supremacists or racist and "the members of our political party want to see a government in Canada who prioritizes the interests of majority, native−born citizens."

Brielle Beardy−Linklater, a human rights activist from Nisichaweyasihk Cree Nation who took part in the protest, said it’s important to stand against the spread of the Canadian Nationalist Party and other groups with similar ideologies.

"This is the kind of thing if you let it slide, if you don’t challenge it, it has the potential to grow into something that can cause a lot of harm to people who are oppressed," she said.