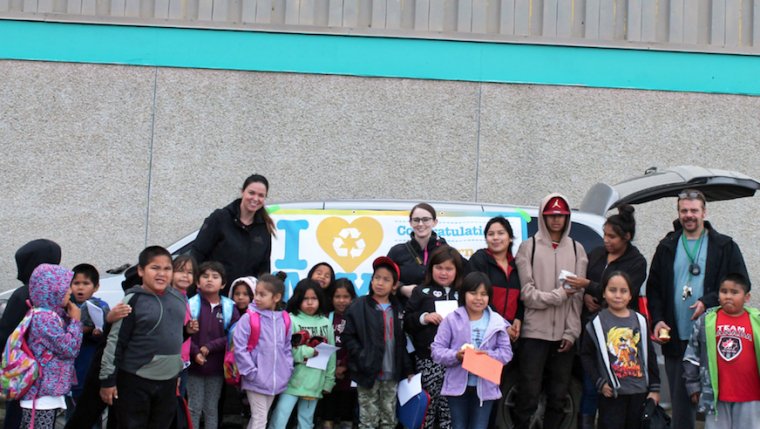 Bloodvein First Nation is the winner of the 2018 Northern and First Nations Community Clean-up. The program was created to help raise awareness and control litter and is in its eighth year. It is put on by Multi-Material Stewardship Manitoba (MMSM) in partnership with the Canadian Beverage Container Recycling Association (CBCRA) and its Recycle Everywhere program.

Each participating community was given supplies including t-shirts, gloves, a recycling bin, bags, and a scale for weighing the material.

“Recycle Everywhere is proud to be a part of recycling initiatives in northern and First Nations communities,” said Christa Rust, Program Manager of CBCRA and its Recycle Everywhere program. “We congratulate Bloodvein First Nation for being a positive example to others by taking important steps to reduce litter and give empty beverage containers a life beyond the landfill.”

Bloodvein First Nation has made major improvements to their community since starting a recycling program in March. Their residents have shown initiative and taken it upon themselves to become better recyclers and be more environmentally conscious. A new recycling depot has been installed in the community where residents can take their recycling and waste.

With the addition of the community’s new recycling infrastructure, Bloodvein First Nation officials hope to educate residents about the benefits of recycling, and its impact on the environment. Through conversations with community officials, it was decided that MMSM and CBCRA would install permanent signs catered to the recycling needs of the community that would inform residents what can and cannot go into their recycling streams. CBCRA and MMSM will also provide educational materials to community members.