Biggest Sports Weekend of the Summer 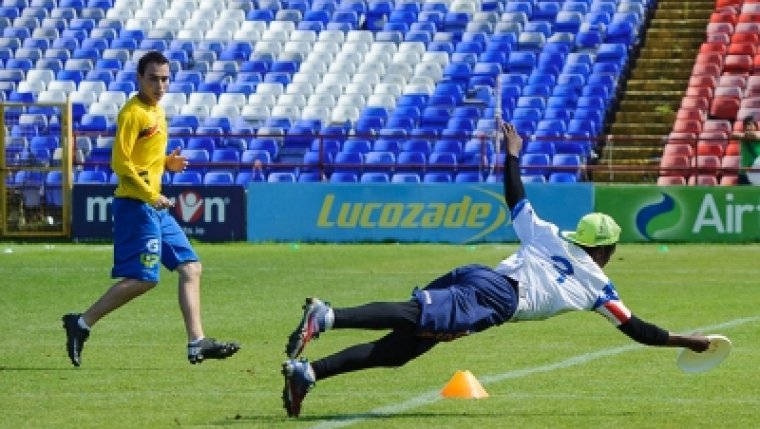 The Chicago Dogs are at Shaw Park. The Ultimate stars are at Investors Group Field. And the Manitoba Derby is at Assiniboia Downs.

This could be the biggest sports weekend of the summer even with the Blue Bombers on their bye week.

The Chicago Dogs are an expansion franchise in the American Association owned by Steven Gluckstern, the man who purchased the Winnipeg Jets in 1995. It should be a good weekend of baseball as the Goldeyes try to dig themselves out of a hole. The defending American Association champions are 31-40, 10.5 games back of first place Gary. Game times this weekend are Friday at 7 p.m., Saturday at 6 p.m. and Sunday at 1 p.m. It will be a good chance to see veteran star Reggie Abercrombie add to his all-time American Association career hit record.

Meanwhile, on Friday, the World Masters Ultimate Club Championships (WMUCC) move into Investors Group Field for its championship round. The Master's division is for female Ultimate players 30-and-over and Male players 33-and-over. These are athletes who have dedicated their lives to the sport and are looking to claim the World Championships for their club teams.

One of the fastest growing games in the world, Ultimate has expanded across the globe. The WMUCC has 72 teams from 13 countries, expanding from 26 teams just four years ago in Italy, making it the largest World Championship ever held in the Master’s division. Australia, Canada, Colombia, France, Germany, India, Japan, Korea, Mexico, New Zealand, Singapore, United Kingdom and the United States have all sent representatives to Winnipeg.

And don’t forget, it’s Derby Weekend at Assiniboia Downs. On Friday night, it’s the Manitoba Oaks for the best three-year-old fillies on the grounds along with the Debutante Stakes for two-year-olds. On Saturday, it’s another two-year-old race, the Graduation Stakes. On Sunday, it’s concert time with nine bands al evening in an extravaganza called Unreal. And on Monday afternoon, it’s the 70th running of the $75,000 Manitoba Derby, the biggest race of the year.

It is the best weekend of racing in Winnipeg this summer and it starts Friday night at 7:15.

Of course, if you like your sports on TV, there is plenty of Blue Jays baseball on Sportsnet as Toronto plays in Seattle at 9:10 p.m. CDT on Friday night, 9:10 p.m. on Saturday and 3:10 p.m. on Sunday. As well, in the CFL on Friday night, Johnny (Canadian Football) Manziel makes his debut as a starter as he leads the Montreal Alouettes into battle against the Hamilton Tiger-Cats at 6:30 p.m. CDT on TSN.

This will be a great weekend of sports right here in Manitoba.