Big Stakes Weekend at the Downs 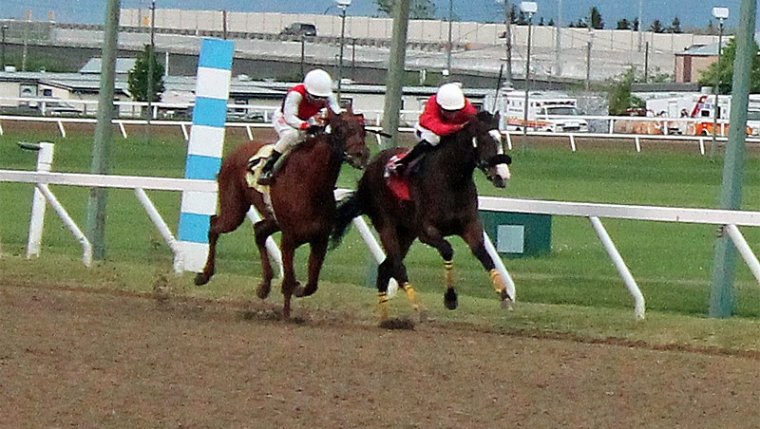 WINNIPEG - This past Wednesday night at the Downs, it was as if everyone got into the act.

This weekend, it’s unlikely we’ll have 13 different winners a night. It’s a huge Stakes weekend and the big guns will be sent to post. It’s also a great night to preview some of the top local horses who will be prepping for the $75,000 Manitoba Derby on Aug. 6.

On Friday night, Race 6 is the $27,500 Chantilly Stakes for three-year-old fillies. The favorite is the Greg Tracy-trained Suzette, a Kentucky-bred ridden by Domingo Chacaltana. Eight fillies will go to post and the track’s top trainers and riders will be involved.

On Saturday night, it’s the $27,500 Golden Boy Stakes for three-year-olds. The pre-race favorite is undefeated Manitoba-bred Why So Blue, ridden by Prayven Badrie and trained by Steven Gaskin. Six horses will go to post and it’s worth watching the second favorite, Arizona-bred Zack Ridge Road, ridden by Stanley Chadee Jr. and trained by Steven Gaskin. That’s right, Gaskin has the top two horses in the race. Trainer Gary Danelson’s Florida-bred Pete Marwick with Chavion Chow in the irons, is 4-1 and should be in the mix.

Here are a couple of things to remember as we head into a great weekend of live racing:

While the Red River Exhibition is on, right next door to the Downs, remember to use the Saskatchewan Ave., back entrance to the track. Access Saskatchewan via Cavalier Drive or Buchanan Boulevard off Portage Ave. If you’re driving west down Saskatchewan Ave. from Sturgeon Road you will have to take a detour down Hamilton Avenue because a part of Saskatchewan Avenue is closed during the reconstruction of a bridge over Sturgeon Creek. Got all that? I know, it can be confusing, but it will be a problem until next Sunday.