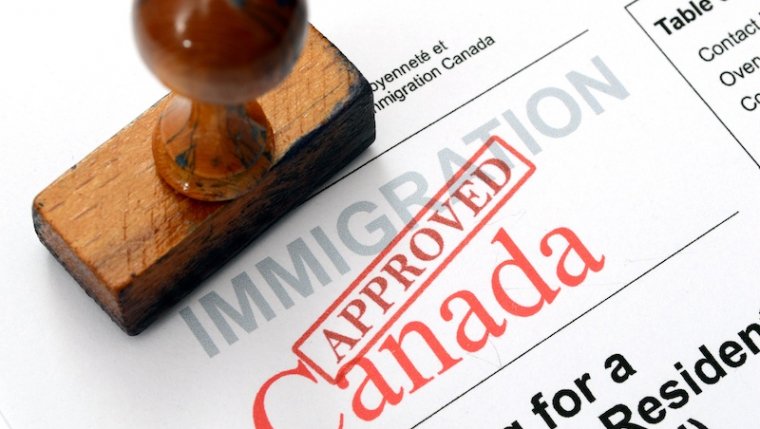 Sometimes, it’s not what is said, but how it is said that derails important conversations. In 2017, Conservative leadership candidate Kelli Leitch, introduced the idea of a “Canadian values” test for new immigrants and aspiring citizens. More recently, Maxime Bernier asked, where to draw the line on diversity and suggested that Canada had far too much of it. Both were conversation killing efforts that served to polarize opinions rather than stimulate debate.

The issues Leitch and Bernier bumbled through are not trivial and worth a meaningful conversation. Nationhood is not a vacant notion. It is a function of ideas and ideals that give common identity to citizens and makes them a people. While a diverse nation like ours cannot hold a homogeneous value set for all citizens, there is still room for something we can collectively call a national identity.

I am an immigrant's who moved to Canada as a teenager from India. I was a family class migrant sponsored by family in Canada. I am what Donald Trump calls a chain migrant. Upon arrival in Canada, I was mentored and acclimatized by family. Around the dinner table, discussed cultural norms and expectations in Canada including restaurant and food etiquette, privacy, gender interactions and equality, courtesy, communications styles, dealing with authority figures and even things like littering. These conversations helped me prepare for life in Canada.

For a turban wearing Sikh teenager, Canada of the 1980's was less accepting of the "different". Fitting in meant the turban was the first casualty. I have experienced the full gamut of immigrant life. Racism, discrimination, hard work, success, failure, upward mobility, career, respect, opportunity, and challenges. More than 3 decades later, I am a Canadian and nothing but a Canadian; accepting every right and full measure of responsibility that comes calling this place home.

I have changed and so has Canada. My Grade 10 Canadian history textbook referred to Louis Riel as a traitor and the teacher spoke of the traitor's rightful hanging. Today, there is a Manitoba holiday named after Riel.

Over the year's Canada demographic makeup has changed dramatically as the number of immigrants and Indigenous peoples have increased dramatically. Diversity and inclusion have become the norm. Every Canadian political party embraced the notion of a multicultural Canada.

Now the pendulum may be swinging back. Even before Trump was elected, Canadian politicians raised “Canadian” values and many Canadians took exception to the influx of refugees that started to walk across our border. The governing liberals signaled an open door while some opposition politicians rang the alarm bells. It became a divisive issue. Everyone had an opinion.

Bernier asks if Canada has become too diverse. He warns our “cult of diversity” will lead to Canada’s destruction. Perhaps Bernier is engaging in dog whistle politics. Or perhaps his tweetstorm is a crude attempt to engage Canadian overtly about an issue scratching our national psyche.

As Canada welcomes more immigrants and refugees, new entrants are finding larger pockets of existing communities they can join and blend into. When Bernier speaks of divided tribes that don’t interact, he may be referring to large concentrated communities of common culture and interest. But that is nothing new. In the past, cities had Polish, Ukrainian, Italian, Jewish and other neighbourhood enclaves. These enclaves have been or are being replaced by Indian, Chinese, Somalian, Filipino and other newer arriving groups.

But given the larger number of larger enclaves, new immigrants can settle in more homogeneous neighbourhoods with others from their community of origin, perhaps there is lesser need to interact and intermingle with a more diverse Canadian community? Is Bernier suggesting we need to promote more interaction so we can develop more shared values and attributes? If that is the question, it needs contemplation, not rebuke.

Canada has started a journey it is yet to finish. Our cultural and demographic makeup is changing and change can be unnerving if left to unfold without any shaping influence. As with any change process, those undergoing it experience tensions. If organizations need to carefully manage change, should nations just let it happen?

This is a complex and sometimes intimidating issue; the kind nice Canadians don’t raise in polite company. But we cannot just wish our problems away and not learning to talk about these issues only turns them into festering differences that become difficult to reconcile. I’d say it is time to engage.

If we are to talk about our collective journey and the destination we hope to reach, let’s do so as a package deal. Let’s talk about the consequences of an increasingly diversified Canada and how we manage change without losing our desired identity. But let’s also talk about increasing xenophobia and its potential to destroy Canada. Let’s also discuss how xenophobia can lead to balkanization, distrust and violence.

Our population and economic requirements dictate that we keep our doors open. Without immigration, Canada cannot prosper. But if the door needs to stay open, we need to make a better effort to help our new citizens adjust to Canada and become fully participating citizens. And we need to do a better job of confronting those amongst us who let their fear of differences and an evolving Canadian demographic justify their xenophobia and intolerance.

As a nation, we need to talk about the things we value most and also of the dangers of abandoning our core values. The worst thing we can do is to resort to calling our fellow citizens racists or traitors because we hold different opinions about migration and the changing makeup of Canada. Unchecked, that will polarize us beyond repair. America’s great divide should serve as a dire warning.

The Canadian values I cherish include tolerance, kindness, equality and equity, helping our neighbours, standing up to those who would do us harm, pushing each other out of the snowbank and cheering for team Canada anytime it takes the ice or field against Team USA. Being Canadian means that we value our freedom as vigorously as we defend that of others. Most importantly, being Canadian means, we can talk about common values and celebrate our differences without unraveling the multicultural tapestry that we have carefully woven.

It is time that we added the ability to engage in nuanced and thoughtful conversations about the very idea of being Canadian to the list of our core values. The idea of a Canadian identity based on common and shared values is too important to leave to chance. While not easy, the conversation is long overdue and well worth the effort. Let’s go Canada.