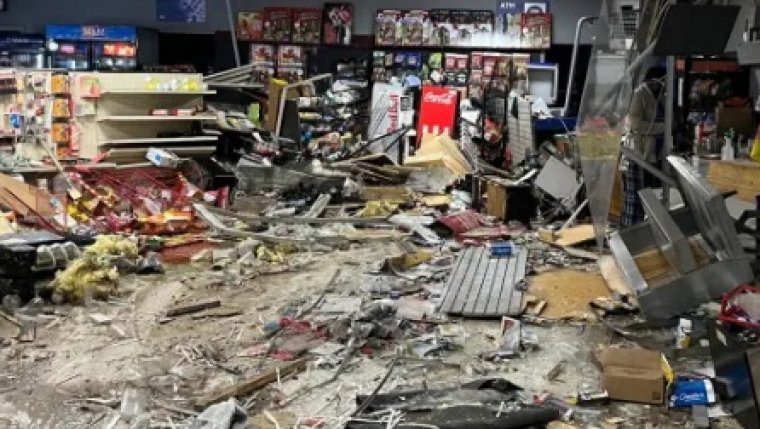 WINNIPEG - Brandon Police have two men in custody after the attempted theft of an ATM.

Early Monday morning, a truck was backed through the doors of a convenience store on Lyndale Drive, causing extensive damage.

An officer arrived on the scene in time to see the truck dragging the ATM out of the store. The machine broke free a short time later.

The suspects, 27 and 34 year old men, were arrested after the truck got stuck in a ditch.

It's believed the two are responsible for other recent crimes.