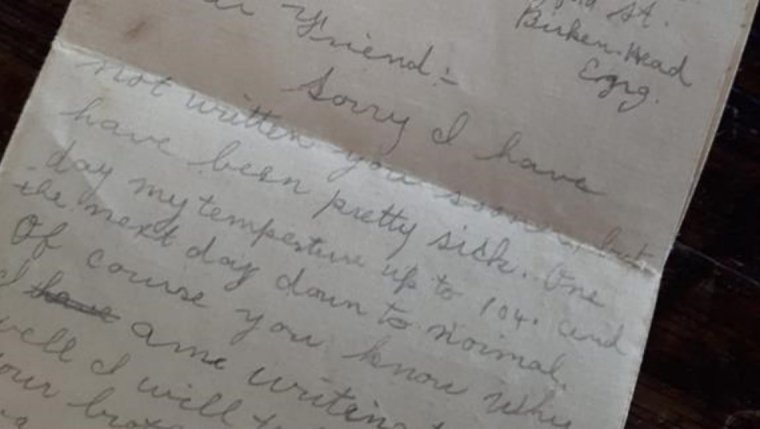 STEINBACH, Man. — The owner of an antique store in Manitoba is looking for the family of a First World War veteran after finding a letter in a box of papers.

Amanda Kehler, owner of Prairie Pickers Café in Steinbach, bought a box of old papers for $1 while searching for antiques a few days ago.

Inside, amongst old newspapers and certificates, she found a letter dated May 1917.

It was sent from a Canadian soldier in a hospital in England to a woman in Selkirk, Man., explaining how her brother was killed at Vimy Ridge.

The letter, from a man named Earl Sorel, explains how the woman’s brother, Gordon, saved him after he was shot and died a hero.

Kehler says reading the letter gave her chills because it was a special glimpse into an important part of history.

She has posted a photo of the letter online and, despite people offering to buy it, she says she wants to return it to the writer’s family.