Another Big Week at The Downs 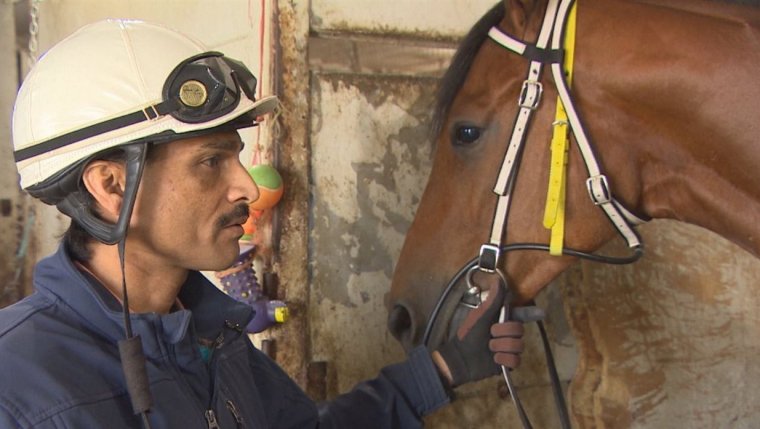 Now that Sky Promise is off to Alberta with his Manitoba Derby winnings and the defending jockey champion Rohan Singh has left Winnipeg for Louisiana Downs, it’s time to count the spoils from the Festival of Racing.

And make no mistake, the entire weekend was sensational but Derby Day itself was better than anyone could have dreamed. Last year, bettors (including those at other racing venues) wagered $73,800 per race on Derby Day. This year, that number flew past $80,000 per race.

In a packed grandstand on a gorgeous sunny afternoon, fans wagered $558,409 on the seven races,” said Downs CEO Darren Dunn.

“A highlight of the day was the $64,000 bet into the pick-4 pool after Saturday’s pick-4 wasn’t won and the money was carried over to Derby Day. A $1 ticket correctly predicting the winning horse in four consecutive races paid $441. The longest shot on the day came in Race 2 when Arcus, a five-year-old gelding who hadn’t raced since last year, surprised players and paid $36.50 for a $2-win wager. It was a great day and a great Festival of Racing weekend.”

Now that the Derby is done, there is still plenty of great racing over the final five weeks of the 50-day meet. This weekend, there is racing on both Friday and Saturday nights with post parade at 7:15. Here are the highlights coming up:

Meanwhile, there will be a new champion this year after defending champion Rohan Singh, who had 16 wins this summer, had his jockey license rescinded this week.

After an investigation by the Manitoba Horse Racing Commission into the very strange Winnipeg Sun Stakes resulted with the Commission deciding to take away Singh’s ASD license. As part of the penalty, Singh must reapply if he wishes to ride at ASD in the future. Singh left ASD before the Derby and is now riding at Louisiana Downs.

Next week, racing returns on Wednesday night (Aug. 15), but in the meantime, don’t forget, on Fridays, Saturdays and Sundays, the free VLT tournaments continue, starting at 8 p.m. each night. You can get into the draw for 10 chances to win $20 in free VLT spins. The top winner from each night participates in a month-end finale for more spins and $250 in prize money.

The next big feature at the Downs is the Manitoba Night Market and Festival from 3 p.m. to 11 p.m. next Sunday with food trucks right on the race track, artisans, micro-breweries, entertainment and kids’ fun.