All Kids Should Have a Hepatitis B Shot 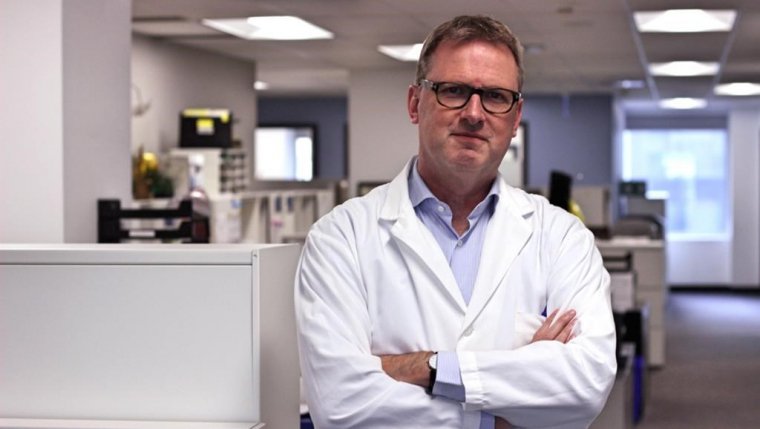 TORONTO — Clinicians and researchers attending an international conference say all Canadian children should be vaccinated against hepatitis B starting at birth to prevent the development of potentially deadly liver disease later in life, a policy recommended by the World Health Organization.

Currently, most provinces and territories immunize children against the liver−destroying virus when they are much older, including Ontario and Nova Scotia, which suggest children be vaccinated as late as 12 years old.

Hepatitis B is transmitted through blood and other bodily fluids. The virus attacks the liver, causing ongoing scar−forming inflammation that over time can lead to cirrhosis, liver failure or liver cancer.

The call for at−birth immunization comes from international experts attending the Global Hepatitis Summit in Toronto, which runs through Sunday.

"There is a misconception that we only need to offer older children vaccination in the years before they become sexually active, since sexual activity is one of the routes of transmission," said Dr. Harry Janssen, director of the Toronto Centre for Liver Disease, who is attending the conference.

"So there is a definite risk of getting this infection in childhood."

An estimated 230,000 Canadians are infected with hepatitis B, but many are unaware they harbour the virus. Less than 60 per cent of those infected have been diagnosed and only a quarter of those eligible for treatment are believed to be receiving it, doctors say.

Worldwide, an estimated 257 million people are living with hepatitis B, says WHO. In 2015, almost 900,000 people died as a result of the disease, which is known as a "silent killer."

"In the first years, you don’t have any symptoms," said Janssen. "But then people show up after the age of 40, 45 with liver cancer and they didn’t even know they had the infection."

Infants and young children are among those at the highest risk of infection, and the disease has the worst impact within that age range, since more than 90 per cent will develop chronic hepatitis B, he said. While the risk of progression to severe liver disease is highest among children infected before their first birthday, up to half of kids aged one to five also will develop a chronic form of infection.

That compares to five to 10 per cent of those infected at 18 or older, WHO says. Between 20 and 30 per cent of adults who are chronically infected will develop cirrhosis and/or liver cancer.

"That’s a very important reason to vaccinate at an early age, because if these children get infected, the likelihood of them getting chronic disease is much higher," stressed Janssen.

The vaccine against hepatitis B has been available since 1982 and is 95 per cent effective in preventing infection and the development of chronic disease and liver cancer caused by the virus.

WHO recommends that all infants should receive their first dose of vaccine as soon as possible after birth, preferably within 24 hours.

Two other doses would follow a couple of months apart, typically at the same time as other childhood immunizations are given, starting at two months of age.

However, policies for when hepatitis B shots should be given vary widely across Canada.

P.E.I. and Yukon vaccinate young children from age two months, but only New Brunswick, Nunavut and the Northwest Territories offer inoculate at birth.

Other provinces immunize children when they are older: Manitoba at age nine, Alberta at 10, and Saskatchewan and Newfoundland and Labrador at 11. British Columbia introduced vaccination for infants from age two months in 2001, followed by Quebec in 2013, although that province still inoculates children who are not covered by the new program at age nine.

"Since all children across Canada will eventually be vaccinated regardless of where they live, why don’t we just remove this lottery and routinely vaccinate them all from birth?" said Janssen.

"This will reduce new cases of hepatitis B among children to near zero and remove the chance that any of them will become chronically infected."

The Canadian Paediatric Society recommends immunizing all children before they reach adolescence, although newborns of mothers who have hepatitis B should receive at−birth inoculation.

The CPS also advises vaccination for: anyone living in a home with a hepatitis B−infected person; all children whose families have immigrated from areas with high rates of hepatitis B or who are travelling to such countries; and children with conditions that require frequent transfusions of blood or blood products or who are on hemodialysis for kidney disease.

Dr. John Ward of the Centers for Disease Control said that since 2005, the U.S. agency had recommended that all newborns in the country receive a birth dose of the vaccine within the first three days of life, which subsequently decreased transmission of the virus by more than 90 per cent.

In January, the CDC updated that advice, recommending that all infants be vaccinated within 24 hours of birth, in line with WHO’s policy. At the same time, it said babies born to hepatitis B−infected mothers should also be given hepatitis B antibodies to further protect against infection.

The WHO has set a goal of eliminating hepatitis B worldwide by 2030, and the UN body has called on all countries to sign on to that commitment.

"The cornerstone of elimination of hepatitis B is hepatitis B vaccination of young children beginning at birth, because they are at the highest risk of remaining infected," said Ward, director of the CDC’s viral hepatitis division.

"And if they become infected, 25 per cent of them will die of hepatitis B if they’re not diagnosed and managed and treated in later life."

There is no overall cure for the disease, added Janssen, though medications can suppress replication of the virus in the liver, helping to limit damage.

About five per cent of those being treated are able to eradicate the virus from their bodies, but the rest must take the drugs for the remainder of their lives, he said.