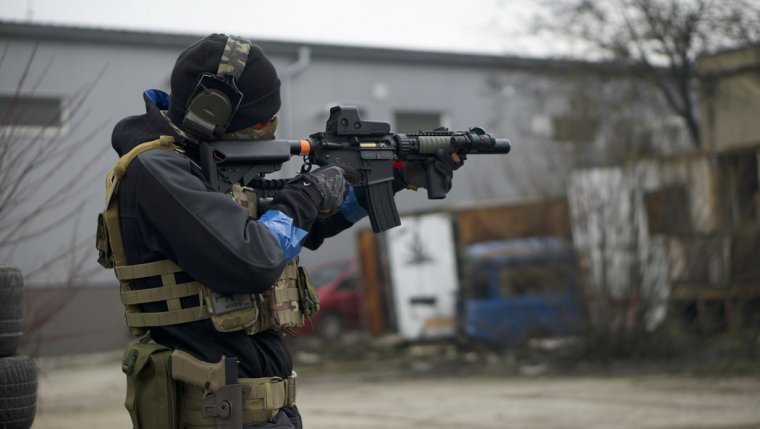 WINNIPEG - Airsoft enthusiasts in Manitoba are joining calls across Canada for the federal government to modify a proposed gun bill that some say is heavy handed against those who safely use toy guns for sport.

Bill C-21 would prohibit mid-velocity replica guns - those that travel at 366 and 500 feet per second - from being imported, exported, sold, or transferred. Most airsoft toy firearms are considered replicas, and shoot plastic pellets.

Airsoft sporting enthusiasts in Manitoba say the bill would be the death of a safe sport with a devoted body of adherents throughout the country, costing hundreds of businesses and jobs. Participants describe the sport, much like paintball, as a harmless video game, but in real life.

On Thursday, police in Winnipeg received a report of a man carrying a gun. It turned out the man had been released from custody just hours before, and had gotten his hands on an airsoft rifle. Const. Rob Carver says in those situations there’s often no way to tell the difference, as criminals have been known to paint real guns with orange markings to make them look like toys.

C-21 would also give municipalities the authority to ban handguns, which Const. Carver and WPS Chief Danny Smyth say wouldn’t have much of an impact, as most of the guns they seize aren’t taken from lawful gun owners but imported illegally or made with 3D-printed components. "It won't make any difference whatsoever," Carver said of the proposed federal legislation during a news conference.

A petition to “Stop Bill C-21” has gathered nearly 29,000 signatures, while a coalition of 93 businesses, including one in Manitoba, has begun a campaign to educate Canadians about airsoft.