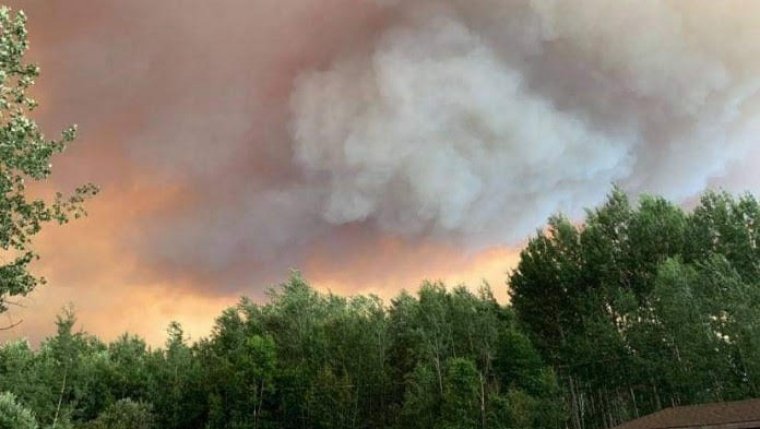 WINNIPEG - A Manitoba group is in the process of rescuing dogs from some of the smoke-engulfed homes abandoned amid evacuation orders due to forest fires.

The Manitoba Animal Alliance has already rescued 18 dogs from Pauingassi First Nation by helicopter so far, taking them to Winnipeg. Its 620 members are among the more than 2,000 who have been displaced by fires this summer, including members of four other Manitoba First Nations. Evacuees weren’t allowed to bring their pets with them as they checked into Winnipeg hotels, and many were left behind. Some residents of the remote Anishinaabe community 280 km northeast of Winnipeg have already been reunited with their pets thanks to the work of the MAA.

MAA rescue teams are going house to house looking for animals in the evacuated region. They say they’re encountering lots of smoke - thick enough to block out the sun - and many of them have found it difficult to breathe. But they’re saying the pets that they’ve encountered so far are in relatively good health.

Once they’re brought to Winnipeg, the MAA works with animal shelters in the area to locate foster families for them. They say they’ve had to leave animals behind during a single rescue mission, so the team is planning to take many flights back into the fire zone to see what other pets they might find.

Those who would like to help with donations or fostering can visit the Manitoba Animal Alliance on social media.

Three separate fires in eastern Manitoba merged this week to become one of the largest in Manitoba history at nearly 80,000 hectares. About 140 fires are active in the province, including four that were sparked over the last couple of days alone. Quebec is now sending 40 of its firefighters, along with numerous pieces of equipment, to help Manitoba battle the blazes. More than 360 wildfires have been reported so far this year.