Accused Jewel Thief to be Extradited on Terrorism Charges 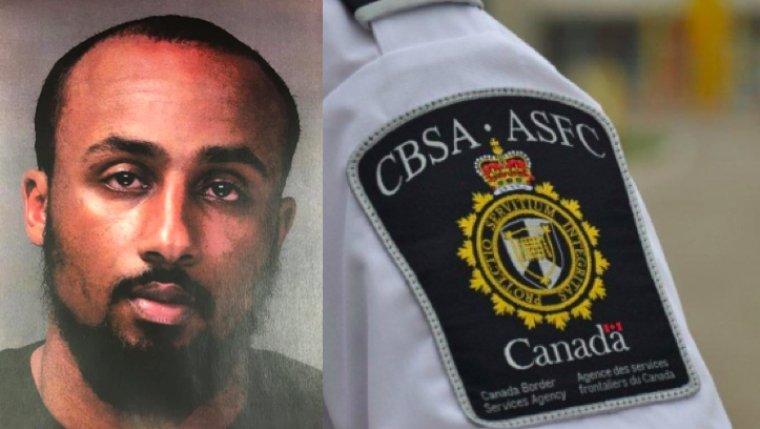 EDMONTON — An Alberta judge has granted an extradition order for a man facing terrorism charges in the United States after he allegedly helped pay for his relatives to travel to Syria.

Abdullahi Ahmed Abdullahi, 33, is accused of being part of a January 2014 jewelry store robbery in Edmonton to fund the Syrian trips.

"I therefore order his committal into custody to await surrender."

Abdullahi shouted in court after the decision came down, but his comments couldn’t be heard in the public gallery. His family and friends were visibly distraught.

The order still needs to be approved by the federal justice minister and Abdullahi will be given the chance to make his case to the minister. He also has 30 days to appeal before he would be turned over to U.S. authorities.

In a U.S. indictment, Abdullahi was charged with conspiring to provide — and with providing — material support to terrorists.

Officials allege Abdullahi conspired with Douglas McCain, the first known American who died fighting for the Islamic State, and others in the U.S. and Canada "to provide support to terrorists engaged in violent activities in Syria."

Abdullahi, also known as phish or fish, was indicted in California in March 2017 by a federal grand jury and arrested by Canadian authorities last September.

The U.S. indictment alleges that Abdullahi conspired with McCain and others to provide personnel and money to people engaged in terrorist activities in Syria, including killing, kidnapping and maiming people.

It alleges Abdullahi robbed the Edmonton jewelry store to finance the travel of McCain and others, then wired the money.

Abdullahi is to appear in Edmonton provincial court Aug. 9 on the armed robbery charge.

Federal Crown prosecutors, on behalf of the U.S. government, argued Abdullahi should be extradited to face the terrorism charges. They said he and others used draft emails in a shared account to communicate with each other.

"It was being used by ISIS fighters in the U.S. to travel to Syria," Crown prosecutor Stacey Dej told the court.

Dozens of the draft emails have been recovered from a computer, she said.

Dej said two witnesses also have been able to identify who wrote the emails by their nicknames.

His defence lawyer, Akram Attia, had argued there was no way to prove when the emails were written and who wrote them.

Attia acknowledged that the test is lower for an extradition hearing, but he suggested it isn’t that low.

The judge noted in his decision that the test for committal to extradition is lower than a typical court case.

"This hearing is not a trial," said Little. "I do not determine Mr. Abdullahi’s guilt on a standard of proof beyond a reasonable doubt.

"I do only a very limited weighing of the evidence. I do not measure whether the evidence would withstand a more rigorous analysis as to its reliability."

Some of the evidence expected in the U.S. case includes: a co−conspirator who will testify that Abdullahi provided the money to ISIS fighters; the widow of McCain overhearing a conversation where Abdullahi told her husband he would use Western Union to send money from a jewelry store robbery; records from Western Union; and, Internet service provider records showing the common email.