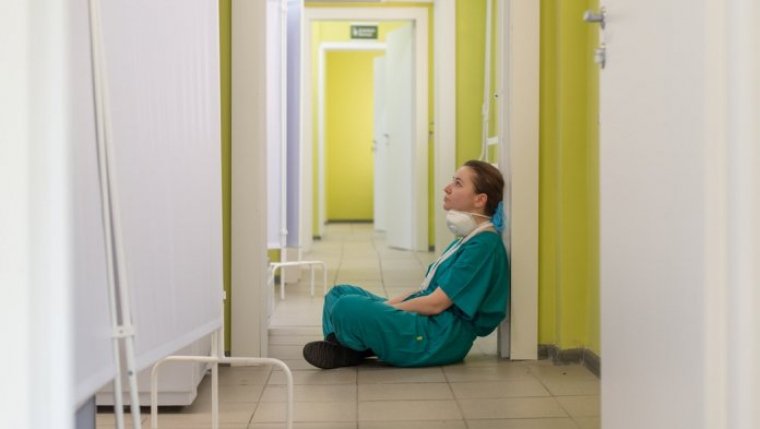 WINNIPEG - Manitoba Health says more than 150 direct-care workers have now been placed on unpaid leaves of absence for failing to follow new policies.

Public health orders that came into effect on Monday required either proof of vaccination or routine rapid COVID-19 testing for provincial staff who work directly with vulnerable populations. The same day, Shared Health said 30 direct-care workers throughout Manitoba who did not present proof of vaccination had refused to participate in regular rapid testing and were immediately placed on unpaid leaves of absence. The number of staff on leave for that reason has since increased to around 158, the vast majority employed in the Southern Health Region.

The agency says there are around 60,000 health care workers in Manitoba, and estimates about 1,800 would require routine testing. The province says the absence of the staff on leave, who make up 0.4 per cent of Manitoba's direct care workers, hasn’t caused any particular delays in service.

83 worked in the Southern Health Region, 27 in the Interlake-Eastern Region, 26 in the Prairie Mountain Region, 17 for the WRHA, 3 for Shared Health, and two in the Northern Region. No CancerCare Manitoba staff were put on leave for refusing to either become fully immunized against COVID-19 or participate in regular testing.

In a memo sent to all direct care workers last week, Chief Nursing Officer Lanette Siragusa said the goal of Shared Health is to support all staff in making the choice. “While vaccination against COVID-19 remains the preference due to its known benefits,” Siragusa says, “We have identified regular rapid testing as a reasonable accommodation for those who are not vaccinated or who do not wish to disclose their vaccination status.”

Siragusa says the tests are non-invasive and self-administered.