A Manitoba Unsolved Crime - Can You Identify These Men? 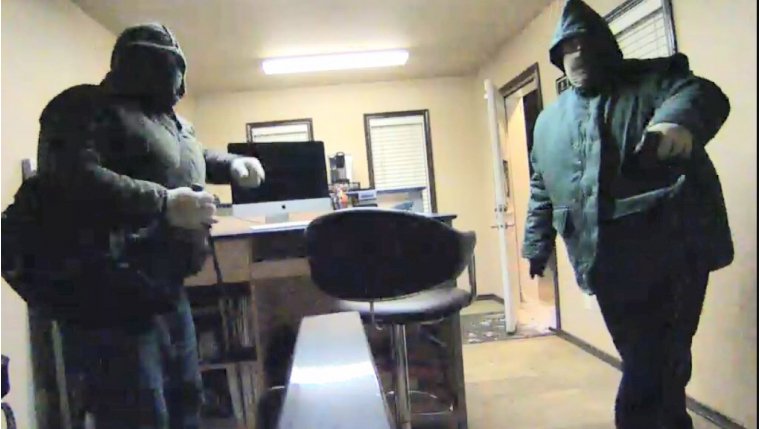 WINNIPEG - RCMP are asking for the public's help in solving a crime that happened on Thursday January 11th of this year.

Mounties said they responded at 2:28 AM, January 11th 2018 to a commercial alarm at a business in the Rural Municipality of Grey near St. Claude, Manitoba.

Police arrived a short time after and noticed the door had been forcibly opened and the door frame had been damaged. Video footage reveals two male suspects that entered the property.

The men walked over to a security camera located by the front desk and were startled when they saw it. 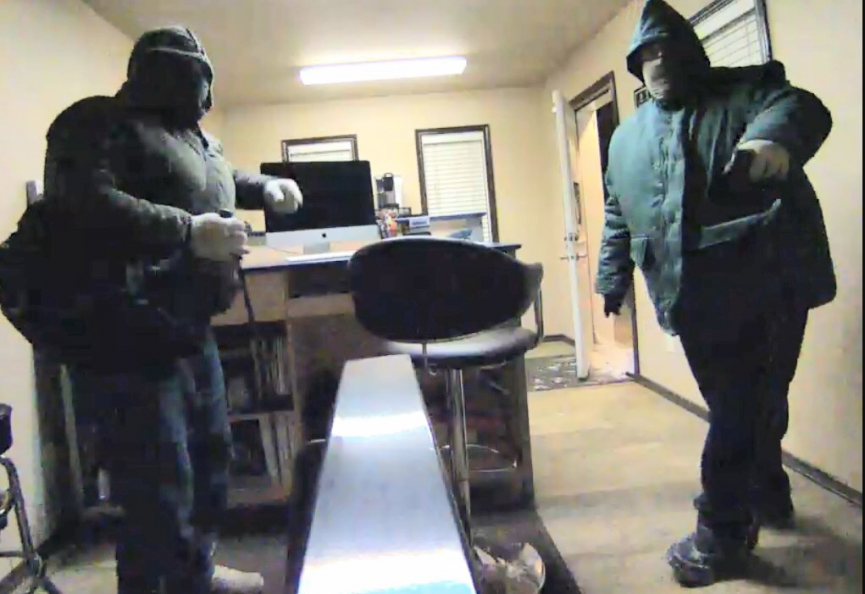 The men then attempted to open the door to the main shop area where an alarm sounded. The suspects were then seen leaving the business right after that. The camera was stolen and removed. The suspects are described as heavyset males wearing dark clothing, faces partially covered and gloves.

Anyone with information about this incident is asked to call the Treherne RCMP at (204) 723-2024.