A Future in Doubt for Churchill, Manitoba’s Arctic Coast Community 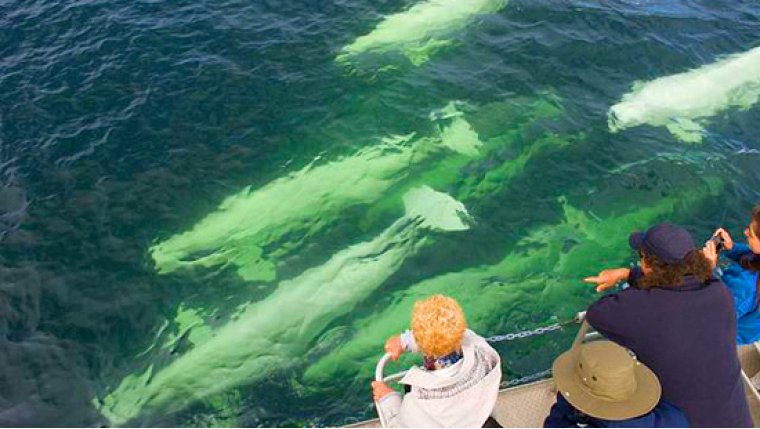 On Manitoba’s Arctic coastline, Churchill faces challenges as never before to its viability as a community with jobs and economic opportunity.

First, the Port of Churchill closed.

Then, about a year ago, the Hudson Bay Railway line washed out. OmniTrax, the railway and port owner, has been in a legal battle ever since with the federal government over whose responsibility it is to bring the rail line into operation.

As of June 22nd this year, the federal government has put in place regulations that jeopardize our local, family-owned businesses that operate Beluga whale tours.

Secondly, I call on the federal government to lead or get out of the way of a viable deal that would see OmniTrax sell its Hudson Bay Railway and Port of Churchill property and assets to a willing buyer who is prepared to repair and rebuild the railway and port and bring both back into operation.

Last Thursday in federal court, members of the Churchill Beluga Whale Tour Operator Association (CBWTOA) filed an application for judicial review of the regulations recently brought into force by the federal Minister of Fisheries, Oceans and the Canadian Coast Guard and affecting Beluga whale tours and interaction.

On June 22, 2018, the federal government appears to have registered regulatory amendments which prohibit tour operators’ bringing boats any nearer than 50 metres in some instances and no nearer than 100 metres in others. On the face of it, the amendments prohibit kayaking and snorkeling with or among the Beluga whales. According to the notice, the amendments came into effect upon registration.

The regulations seem to have been designed to address concerns on fatalities of beluga whales in the St. Lawrence Seaway from freighter traffic, and concerns about killer whale tours on Canada’s west coast. However, the regulations are very problematic for Churchill region tour operators and the beluga whales in the Hudson Bay basin. A “one size fits all” approach does not fit Churchill.

Beluga whales are very social. They approach our boats as soon as they leave dock, and kayakers and snorkelers as soon as they are in the water. Tour operators cannot keep 50 metres distant, let alone 100 metres, from the Belugas. It looks to us like the only way for tour operators to comply is not to put boats, kayaks or snorkelers in the water. Turning away guests who want to engage in these kinds of interaction would shutter our family-run businesses.

The CBWTOA attempted by letters dated November 30, 2017, and February 20, 2018, to engage the Minister of Fisheries, Oceans and the Canadian Coast Guard in a conversation about regulations that would affect beluga whale tours at and near Churchill, Manitoba. The Minister did not acknowledge receipt. CBWTOA members only learned of the regulatory amendments when they were published in the Canada Gazette. The first we heard from the Minister’s department was a telephone call on July 13th from a public servant who said there would be “no enforcement” of the new regulations in Churchill. But we cannot operate based on a phone conversation or an email from a mid-level bureaucrat. We need formal assurances in writing.

Regarding the Hudson Bay Railway and the Port of Churchill, we are aware of more than one attempt at coming to terms acceptable to the current owner, OmniTrax, the federal government, and potential buyers.

There are two sticking points.

First, OmniTrax wants a deal that pays them a fair price for their assets and removes any further liability for the railway and the port.

Secondly, the federal government seems to favour one potential purchaser who lacks financial resources, over other potential buyers who have the financial backing necessary to repair and rebuild the rail link and bring both the railway and the port back into operation.

Finally, we implore the Minister of Fisheries, Oceans and the Canadian Coast Guard to act, as the beluga whale regulations are putting at risk 200 jobs and $10 million of economic activity in Churchill. The Government of Canada’s standing in the way of a solution on the Hudson Bay Railway and the Port of Churchill is robbing Churchill on Manitoba’s Arctic coast of its future.

By Wally Daudrich who is the Chair of the Churchill Beluga Whale Tour Operators Association and proprietor of a member company that operates Beluga whale and Polar Bear tours, based at Churchill, Manitoba.