A Derby Preview with Scott Taylor 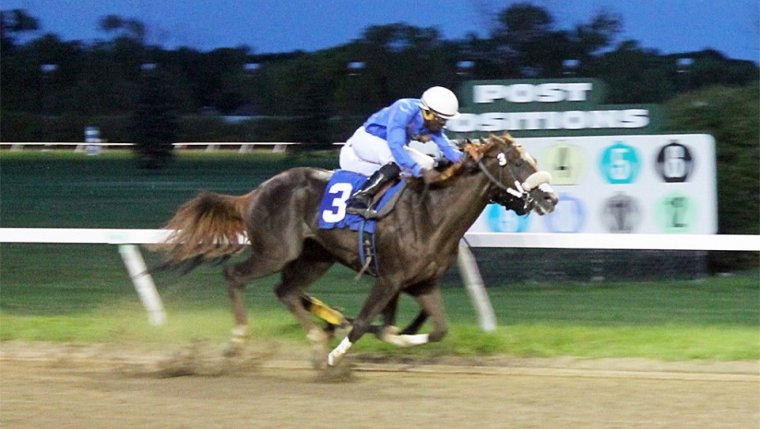 WINNIPEG - It was a preview. With the $75,000 Manitoba Derby and $30,000 Manitoba Oaks just six weeks away, it wasn’t a definitive preview, but it was, if nothing else, a good chance to cheer on the locals.

This past weekend at Assiniboia Downs, the second of this year’s three big three-year-old Derby Preview races were on the docket and two of the entrants showed enough to make them big favourites going forward.

On Friday night, it was the $27,500 Chantilly Stakes, a six-furlong sprint for three-year-old fillies and the second big Prep Race for the Oaks. The favorite was the Greg Tracy-trained Suzette, a Kentucky-bred ridden by Domingo Chacaltana.

However, Suzette faded and ran a distant fifth to True Confession, ridden by defending jockey champion Rohan Singh. The Texas-bred chestnut filly trained by Charles Smith, took a short lead, went three-wide and then opened up down the stretch. She paid $7.80 to win and now looks like the horse to beat in the Oaks, although we will have to see how she handles seven furlongs in the Jack Hardy on July 13 (or the one mile of the R.C. Anderson on July 14).

On Saturday night, it was the 42nd running of the Golden Boy Stakes ($27,500), another sprint for three-year-olds. The pre-race favorite was the undefeated Manitoba-bred Why So Blue, ridden by Prayven Badrie and trained by Steven Gaskin. Why So Blue had already won the first big preview Stakes race for three-year-olds, the $25,000 Frank Arnason Sire Stakes back on June 2.

So on Saturday, six horses went to the starting gate and as we pointed out here at Manitoba Post last week, it was worth watching the second favorite, Arizona-bred Zack Ridge Road, ridden by Stanley Chadee Jr. and also trained by Steven Gaskin. Zack Ridge Road won the $18,000 Balooga Bull Overnight Stakes on June 1, beating Shane Doan and Candy Giant to the wire and was a solid bet last Saturday.

Out of the gate, Why So Blue stumbled and was never in the race while Zack Ridge Road battled with Tyrone Nelson on Candy Giant and won by a neck. Zack Ridge Road paid $4.70 to win and right now, with the Harry Jeffrey coming up on July 14, Zack Ridge Road could be the best of the locals heading into the Derby.

There is racing on Wednesday night, but don’t forget, on Fridays, Saturdays and Sundays, the free VLT tournaments continue, starting at 8 p.m. each night. You can get into the draw for 10 chances to win $20 in free VLT spins. The top winner from each night participates in a month-end finale for more spins and $250 in prize money.