A 42-Year-Old Drunk Driver Loses it on RCMP Vehicle 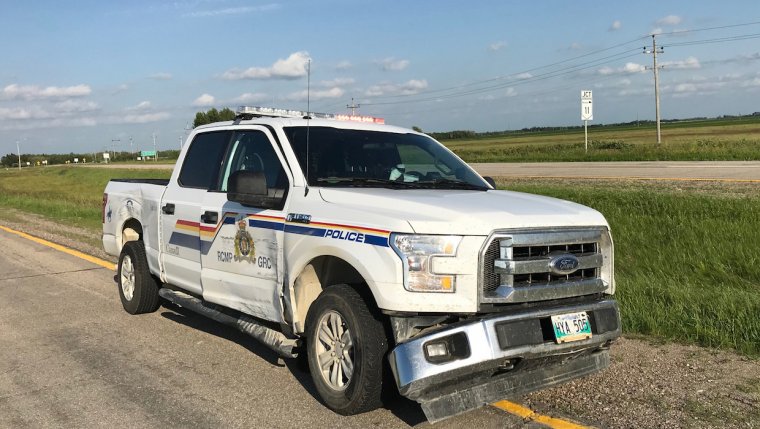 MANITOBA - A 42-year-old man from Winnipeg was arrested for drunk driving by Lac du Bonnet RCMP after he hit the RCMP truck.

Saturday, July 7th, just before 5:30 PM someone called police to report of a possible drunk driver. Mounties immediately went to the location on Highway 11, near the Subway Restaurant in Lac du Bonnet. Officers had a vehicle description of a pickup truck and a plate number, but did not see it anywhere. Then just before 6:00 PM police received another 911 report of a suspected drunk driver. This time, it was reported that the vehicle was on Highway 11 near the intersection of Highway 214.

Police say they located the pick-up truck on Highway 11 at the intersection of Highway 44. The driver of the truck didn't pull over and continued to drive erratically. Within a couple of kilometres, the truck finally pulled to the side of the road. The driver got out of the truck and officers told him he was under arrest. He jumped back in his pick-up, put it in reverse, and accelerated backward into the police vehicle, hitting it. He then drove off.

RCMP were able to stop him about 100 metres later. The man got out of his pick-up truck again and threw a bat and an axe at the police vehicle. The officer was able to get to the man and place him under arrest, at which time, he spit on the officer.

Bradley Edward Lasko, 42, of Winnipeg is charged with Operation of a Motor Vehicle while Pursued by Police, Impaired Operation, Possession of a Weapon for a Dangerous Purpose, Dangerous Driving, Assault Police Officer with Weapon, Mischief over $5000, and Resist Arrest. Lasko was also wanted on warrants from Winnipeg Police.

Both the RCMP officer and Lasko received minor injuries.