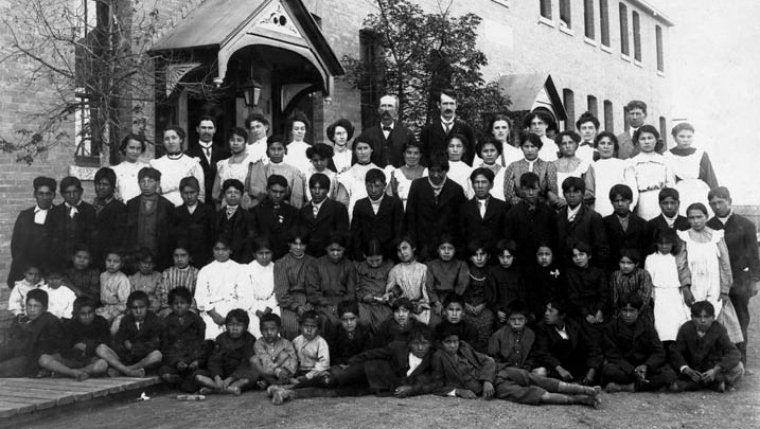 Cowessess First Nation Chief Cadmus Delorme says they found 751 unmarked graves, the largest number in the country so far, at the site of the former Marieval Residential School, around 160 km east of Regina. Chief Delorme says ground-penetrating radar was used to locate the graves, and notes 751 coloured flags now stick out of the ground in a grassy field at each spot where investigators detected their presence.

The school that had once operated in that field was founded in 1899 by a Roman Catholic order called the Oblates of Mary Immaculate. Two years later, the federal government started to fund its operations, and took over administration there in 1969. The school closed down in 1996 after the federal government had given it to the First Nation to operate for 10 years.

News of the discovery is “absolutely tragic, but not surprising,” Assembly of First Nations Chief Perry Bellegarde says, urging all Canadians to “stand with First Nations in this extremely difficult and emotional time.” Three weeks ago, Muskowekwan First Nation in Saskatchewan also recognized 35 unmarked graves at the Muscowequan Residential School, which was the last residential school to close in Canada.

Last month, Tk'emlups te Secwepemc First Nation in BC announced they had located the bodies of 215 students near a residential school in Kamloops, and researchers in Manitoba are working to identify, commemorate, and repatriate 104 students whose graves were found at the site of a residential school in Brandon which had operated between 1895 and 1972.

Around 150,000 First Nations, Inuit, and Métis children attended residential schools between the 1860s to 1990s. Many died from disease, malnutrition, abuse, and accidents, and while trying to run away. There were 17 residential schools and 114 day schools in Manitoba, and the Truth and Reconciliation Commission estimated that at least 338 children died while attending them.