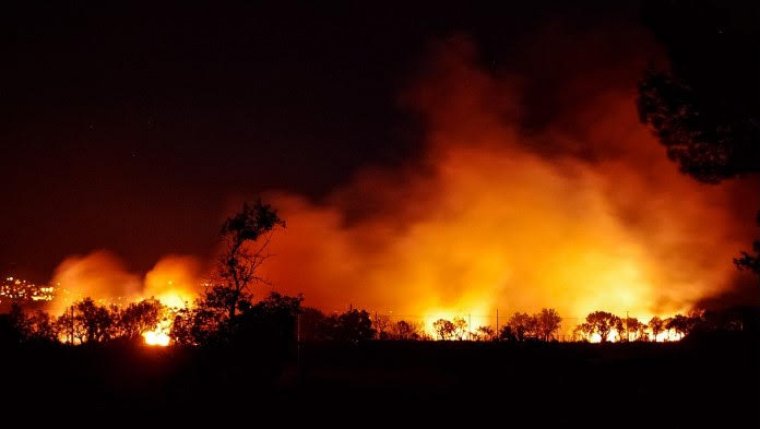 The organization says it’s treating members of Red Sucker Lake First Nation, more than 730 km northeast of Winnipeg, experiencing health effects from smoke, and 300 people have been sent to hotels to wait in Winnipeg and Brandon.

The fly-in community is the fifth in Manitoba to evacuate this week, with around 2,000 Manitobans displaced as a result of the wildfires. All members of Pauingassi First Nation completed their evacuation on Monday, and residents of the Berens River, Bloodvein, and Little Grand Rapids First Nations are continuing their exodus from the area.

The Manitoba Wildfire Service says recent rain has prompted them to lift some fire and travel restrictions, but most restrictions in Manitoba are still in effect due to continued high to extreme fire risk. But the City of Winnipeg has reopened outdoor city pools and wading pools, and resumed outdoor recreation programs as air quality in the city improves.

There are currently around 130 active wildfires in Manitoba, about 25 of which are considered out of control. Meanwhile, seven communities throughout eastern Manitoba have lost power after fire damaged a hydro line, impacting more than 1,500 customers.