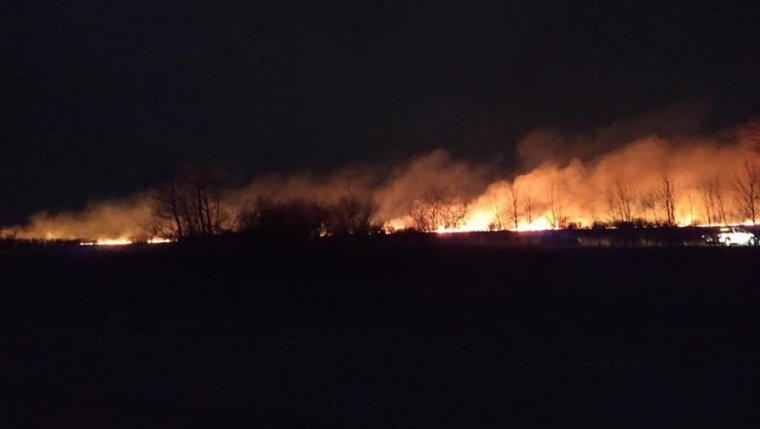 WINNIPEG - Manitoba firefighters have been kept busy this week battling at least five blazes across the province, most of them considered suspicious.

The Winnipeg Fire Paramedic Service responded to three fires in a row on College Ave. Monday morning between 3 and 11 a.m.

The last of the three went up in another vacant house between Salter and Charles. Crews encountered heavy smoke when they arrived, and it took nearly an hour to get the flames under control. Investigators consider all three College Ave fires to be suspicious.

Later that evening, the WFPS had to detour traffic and call for backup as they took on an apartment fire on Kennedy St between Sargent and Ellice Avenues. Officials say crews faced heavy smoke when they entered the six-story building, but managed to prevent the flames from entering any nearby suites. One person was transported to hospital, and four were treated by paramedics at the scene. The cause of that fire is being investigated.

The Winnipeg house fires follow a large fire that broke out an hour northeast of the city at Brokenhead Ojibway Nation. The fire got close to some buildings there, but two fire departments in the area worked together to protect them.