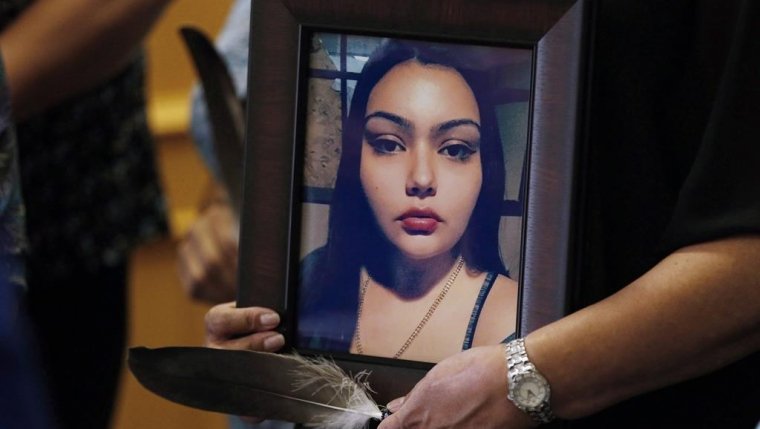 WINNIPEG — A teenager who helped attack a young Manitoba woman and shared the footage of her bloody death has been sentenced to just over three years in jail.

The teen will get credit for just over a year already served.

Serena McKay’s body was found on the Sagkeeng First Nation in April 2017 and two teenage girls, who were 16 and 17, were arrested.

The older girl, who has since turned 18 but can’t be named because she was underage when the beating occurred, pleaded guilty to second−degree murder in December.

Pollack said McKay’s death was a case of extreme violence.

"Serena’s death came from a brutal assault," Pollack told court Monday before directly addressing her assailant. "Serena McKay’s life meant nothing to you.

"It was easier for you to shake off those images ... than it was for me."

McKay, who was 19, had been at a house party in the Sagkeeng community, about 120 kilometres northwest of Winnipeg, when there was an argument.

Two videos, which later circulated on social media, showed her being attacked while she begged for the beating to stop.

Court heard the videos were filmed on the phone of the teen sentenced Monday and she was the first person to text them to a friend.

At a hearing in April, she apologized to McKay’s family, saying she lives every day "with this guilt and this shame."