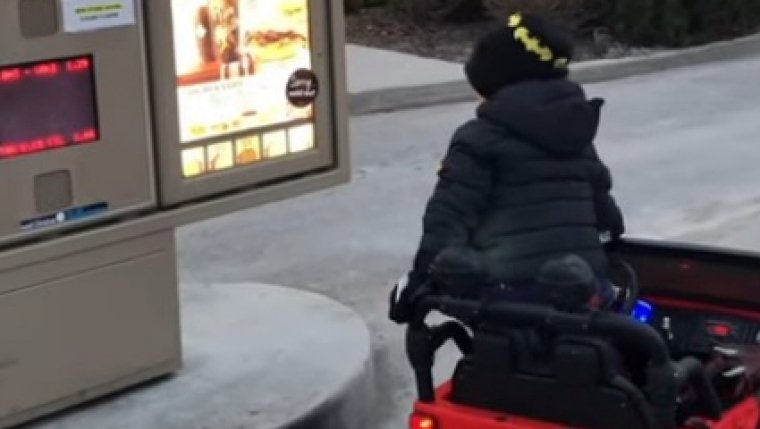 WINNIPEG - Parents of a three-year-old in Oakbank say their son had a craving for Tim’s and decided to hop into his tiny battery-powered Jeep Wrangler and proceed through the town’s Tim Hortons drive-thru.

While Chase Burton went to the restaurant with parental accompaniment, he placed the order himself as he stood in the Jeep to speak into the drive-thru’s intercom microphone.

Mom Kristy says hearing and seeing a toddler amused coffee shop customers and staff alike. But what was really impressive was Chase’s manners.

Kristy says Chase received the vehicle several weeks ago, and has already put on a lot of miles on it, taking his parents on trips to the park - and now trips to grab sprinkle donuts.

Just 15 minutes east of Winnipeg, Oakbank has a population of around 4,600 people.