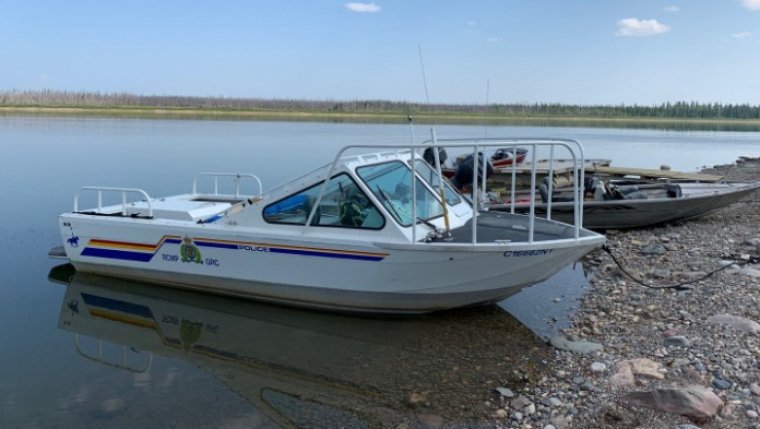 WINNIPEG - RCMP say three people were found dead and a young woman located alive after a boat capsized on a remote lake along the Saskatchewan-Manitoba border.

Mounties in Thompson say someone contacted them on Tuesday after discovering a capsized boat in the water off Porcupine Island in Reindeer Lake.

Officers were told the boat had left Kinoosao, an isolated northern Saskatchewan community just 1 km from Manitoba, on Monday, with plans to return home to the remote northern Manitoba community of Brochet, but it never arrived. Weather conditions were reported to be windy that day, with rough water.

A 28-year-old woman was found alive, pulled from the water, and taken to hospital. A search party consisting of locals from Brochet later located the bodies of two men, ages 42 and 50-year-old, and one woman, aged 49.

Police say nobody on board the boat was wearing a life jacket.