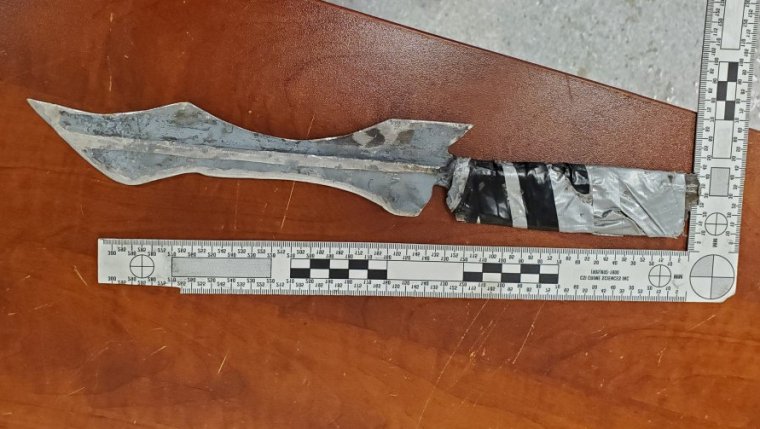 WINNIPEG - Police say three men in their 20s are facing multiple charges while investigators seek help with tracking down another suspect after four separate stabbings occurred across Manitoba within two days, one of them fatal.

The Winkler Police Service says officers responded to a call about someone being stabbed at a local motel on Sunday. Police located a 48-year-old man suffering from multiple stab wounds, and administered first aid while waiting for paramedics to arrive and rush the victim to hospital.

While helping the victim, police say they received a report of a man acting suspiciously at a nearby gas station. An early investigation led police to consider the suspicious man a suspect in the stabbing, and officers were dispatched to take the accused into custody. Investigators say a 23-year-old man from Winkler remains in custody facing charges of aggravated assault and two counts of failing to comply with a release order. Winkler police say the accused and the victim knew each other.

The same day, officers with the Winnipeg Police Service responded to a report that a man had been stabbed and seriously injured near the corner of Sherbrook St. and Alexander Ave., and a man in his forties was rushed to hospital in critical condition. The victim's condition was later upgraded to stable, and while no arrests have been made, the Major Crimes Unit is continuing the investigation. Anyone with information that can help investigators is asked to call 204-986-6219 or Crime Stoppers at 204-786-TIPS (8477).

Later that evening, the WPS says another stabbing occurred at a restaurant near the corner of River Ave. and Osborne St. Officers were dispatched to the area in response to a call about two men fighting. When they got there, officers located a man who'd been stabbed and was bleeding profusely. Police say witnesses pointed a suspect out who was taken into police custody, and a victim in his forties was taken to hospital in unstable condition. Investigators say the victim and the accused hadn't known each other when an argument escalated and ended in the assault. The Major Crimes Unit took over that investigation, and a 20-year-old was charged with assault with a weapon, possessing of a weapon, and carrying a concealed weapon. He was detained in custody.

The three stabbing incidents are alleged to have occurred just a day after RCMP say a 55-year-old man was found with serious stab wounds in Oak Lake Beach and was pronounced dead at the scene a short time later. A 27-year-old Brandon man was identified as a suspect in that case and arrested in Souris.